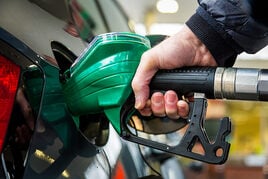 The majority (87%) of motorists agree that a financial solution to counter fuel tax losses from growing electric vehicle (EV) adoption is needed.

The survey of 300 motorists by Venson Automotive Solutions showed that more than one third (38%) of respondents backed the introduction of a new EV tax, which could see drivers of heavier vehicles paying higher taxes.

More than one-in-five respondents (22%) favoured a nationwide road pricing ‘pay-as-drive’ scheme, with a further 31% saying they would support a ‘road miles’ system, which would see charges incurred by plug-in drivers with higher mileage use.

About a third (32%) of respondents said they would welcome a move to end free public EV charging points and 27% believed businesses operating EV fleets should incur additionl charges.

Simon Staton, client management director of Venson Automotive Solutions, said: “Whilst it’s not anticipated that plans for a new EV tax will be revealed by the Chancellor in his October Budget, there is pressure on him to outline a 10-year trajectory to establish a financially viable means to achieving zero emissions in the UK.

“However, our survey findings confirm an understanding by the public that some sort of EV tax or related user charges will be necessary, which should offer Government assurances that people are mentally preparing to make the switch, if they haven’t done so already.

“A favourable tax regime, together with a raft of new models and significant growth in the charging network, will play a vital part in accelerating our journey along the road to zero.”

Ministers are currently looking at different ways to recover the Treasury’s anticipated £40 billion lost from both vehicle and excise duty (VED) - or car tax - and fuel duty when more drivers switch to plug-in vehicles and the number of petrol and diesel motors on the road declines.

MPs on the transport select committee launched an inquiry into zero emission vehicles and road pricing in December, spurred on by the Government's decision to bring forward the ban on new petrol and diesel vehicle sales to 2030.

From a voluntary approach to cordon-based pricing, Mark Smulian looks at how different places have adopted road pricing, and why it is on Vancouver's agenda.