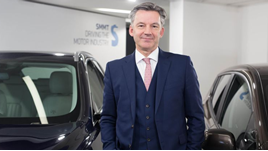 Car manufacturers and traders have called for the Government to boost electric vehicle incentives and infrastructure by £16.7 billion in order to meet its Road to Zero ambitions.

A survey of 2,185 UK motorists, completed by Savanta ComRes on behalf of the Society of Motor Manucturers and Traders (SMMT), found that almost half were not ready to switch into an alternative fuel vehicle (AFV) and that the Government’s target of a 2035 ban on the sale of internal combustion engine (ICE) cars was too soon.

New SMMT analysis compiled with the help of Frost & Sullivan revealed that spending of at least £16.7 billion was required to get the UK’s public charging network ready for mass EV market, with 507 new charge points needed every day to 2035 to drive buyer confidence.

“To give consumers confidence to take the leap into these technologies, we need government and other sectors to step up and match manufacturers’ commitment by investing in the incentives and infrastructure needed to power our electric future.

“Manufacturers are working hard to make zero and ultra-low emissions the norm and are committed to working with government to accelerate the shift to net zero – but obstacles remain.

“Until these vehicles are as affordable to buy and as easy to own and operate as conventional cars, we risk the UK being in the slow lane, undermining industry investment and holding back progress.”

A study completed by Castrol revealed a “tipping point” at which EVs would prove more attractive to potential customers, with a priced of £24,000, an average 30-minute charge time and range of 282 miles on potential buyers’ wish lists.

The SMMT highlighted that the issues no longer lie with a dearth of suitable vehicles, however.

Over the last 12 months, the number of plug-in hybrid and full electric models has leapt from 62 to 83.

The SMMT has laid out a series of recommendation that, it believes, would boost adoption and help Government meet the CO2 emissions reduction commitments laid out in its Road to Zero strategy.

The survey found the biggest factors holding buyers back are higher purchase prices (52%), lack of local charging points (44%) and fear of being caught short on longer journeys (38%).

A statement issued by the SMMT said: “Despite these reservations, most barriers can be overcome with the right strategy.

“SMMT is calling for a long-term commitment to incentives, including the continuation of the plug-in car grant (PICG) and its re-introduction for plug-in hybrids – a technology critical to the transition, giving higher mileage drivers reassuring flexibility and delivering environmental benefits now.

“This commitment, alongside VAT exemptions for all zero emission capable cars, would reduce the upfront price of a family car by an average £5,500 for battery electric cars and £4,750 for plug-in hybrids, and for an SUV by £9,750 and £8,000 respectively – vital given the high cost of producing this advanced new technology.

“This would bring them more in line with petrol and diesel equivalents and potentially drive some 2.4 million sales over the next five years, with an estimated 28% market share by 2025 compared with 8% today.”

It added: “Extensive analysis by SMMT and Frost and Sullivan also shows that a full, zero emission-capable UK new car market will require 1.7 million public charge points by the end of the decade and 2.8 million by 2035. Given there are only some 19,314 on-street charge points today, the task is massive, needing 507 on-street chargers to be installed per day until 2035 at a cost of £16.7 billion.”

Following the SMMT's call for investment, the Institute of the Motor Industry (IMI) added its own call on Government to make sure the right skills are in place to support the EV revolution.

Steve Nash, IMI chief executive, said: "As the IMI has stated repeatedly, Government also needs to focus attention on ensuring the right skills are in place across the automotive aftermarket sector, so that electric vehicles can be handled safely by automotive workers, in turn giving motorists confidence in this new technology.

“As we advance towards a zero-emission future, the technology that technicians will be coming into contact with on a daily basis is changing – resulting in high voltage electrics becoming commonplace.

"Motorists driving electrified vehicles want to know that they are handing over their vehicle to someone who has the right skills."

Nash said those who aren’t properly trained or equipped to work on electrified vehicles would be risking serious injury or potentially fatal shock.

The IMI TechSafe standards, endorsed by OLEV at the end of 2019, mean that electrified vehicle users can access the IMI Professional Register to check the electric vehicle technical competencies of technicians at their local garage.

Nash said: "This is a crucial step in giving car buyers confidence that their EV can be serviced, maintained and repaired by a garage with the right skills – and that removes a key barrier to EV adoption.

"But it’s also important that government looks at investment in skills training to support a sector that is currently severely depleted by COVID-19, to ensure its zero emissions goals can be achieved.”

The DfT has invited Leon Daniels, vice president of the Chartered Institute of Logistics and Transport, to join its new Net Zero Transport Board.