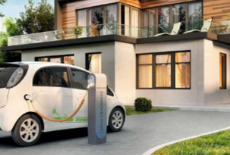 Low-income voters who are reluctant to pay for charging at public points could halt mass adoption of electric vehicles (EV), according to the Social Market Foundation.

Research from the cross-party think-tank found that voters from lower socio-economic groups are significantly less likely than better off voters to be willing to pay for new EV charging infrastructure and would need targeted support to ensure they are not left behind in the shift to Net Zero.

The report is based on a private roundtable event hosted by the SMF in Autumn 2020, as part of its Net Zero project, undertaken in partnership with ScottishPower.

These events, held under the Chatham House rule, bring together senior policymakers and politicians from all parties, and experts and stakeholders in climate policy and other sectors.

The report also draws on desk research and a consumer survey commissioned from Opinium as part of this project.

From 2030, sales of new petrol and diesel cars and vans will be banned as ministers try to accelerate the switch to EVs.

The SMF warned that housing tenure could become a dividing line, with those in rented accommodation less likely to be able to install or access reliable and affordable charging for an EV.

It said complaints about costs and access to charging could create resentments that put public support for the Net Zero carbon agenda at risk.

The Competition and Markets Authority is currently undertaking a market study into consumer confidence in the electric vehicles market.

The SMF has analysed the politics and policy options of the switch to EVs in a new report from its Towards Net Zero project, which is sponsored by ScottishPower.

The SMF said that if the costs and disruption of the EV transition fall too heavily on people who feel no benefit – because they cannot afford an EV or access convenient and affordable charging for one – public consent for Net Zero will be “dangerously weakened”.

Based on data from the International Council on Clean Transport the SMF calculates that around 600,000 new public, workplace and rapid chargers would be required by 2030 for the updated ban on new petrol-diesel cars.

The polling underlines how housing will be a potential dividing line in the EV transition.

Over a third of renters (35%) reported it was not possible to install a chargepoint near their home. Only 17% of owner-occupiers said the same.

Amy Norman, researcher at the SMF and author of the report, said: “Rolling out new EV charging infrastructure is going to be pivotal if the UK wants to successfully decarbonise private transport.

“Ensuring charging is affordable, accessible and convenient for everyone – irrespective of income, housing or where someone lives - will be necessary for maintaining public and political support for Net Zero.”

Norman suggested targeted support – like demand-side subsidies for low-income groups and supply-side locally coordinated delivery plans for public chargepoints – could ensure “no one is left behind in the green economy Britain needs”.

He added: “Politicians must also level with voters about who is going to bear the costs of new EV charging infrastructure and grid reinforcement.

“Whether households pay though higher bills or through their taxes, the funding of Britain’s shift to EVs should be clear to all.

“Reaching Net Zero will deliver great benefits, but the journey will require some tough choices and some costs.

"Unless those choices are made clearly and fairly, there will be scope for some voters to feel unfairly treated. That feeling could undermine the whole Net Zero project.”

Keith Anderson, chief executive of ScottishPower, said Government, industry, and Ofgem, the UK energy regulator, all need to be aligned on the necessary measures to stimulate and incentivise investment.

He said: “On its own, the market is less likely to reach urban streets where off-street parking isn’t an option, or our more remote rural communities. We need to make sure that everyone  – not just wealthy high streets and leafy suburban avenues – feels the benefits.”

The CMA is narrowing its focus on ultra-rapid chargers and on-street charging as part of its investigation into the electric vehicle infrastructure.

The CMA's investigation into vehicle charging infrastructure shows there are “particular challenges” arising from charge point provision in certain settings.