EU climate goals could be undone by delaying national targets 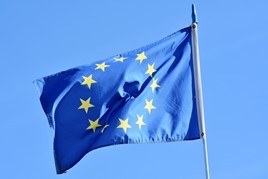 Transport & Environment has warned that the EU risks undoing its climate change goals after delaying a decision on the future of national targets.

The European Council signed off on “at least” a 55% net cut in CO2 emissions by 2030, but in a last-minute change to their statement the leaders said they were still debating “the future of the Effort Sharing Regulation”.

The European Commission is already considering scrapping or weakening the law that sets national climate targets and regulates 60% of EU emissions.

Ellen Valkenborgs, climate manager at T&E, said: “Leaders have upped the EU’s ambition, but are they willing to do their fair share at national level?

"Without stronger national targets there is little incentive for governments to tax new polluting vehicles and end subsidies for diesel and petrol company cars, measures which are as important as EU CO2 standards.”

Last month the Commission said it is considering phasing out the effort sharing law or removing key sectors from the law’s reach.

If governments were no longer required to bring down emissions in road transport and buildings, those sectors would be included in the bloc’s carbon market.

Citizens would have to pay more for their road fuel and heating through higher carbon prices.

T&E said lower-income households which cannot afford to upgrade their vehicles and retrofit their homes would be hit the hardest.

Environmental NGOs, including T&E, Greenpeace and WWF, told Commission president Ursula von der Leyen that her proposal to scrap or weaken the law would jeopardise efforts to meet a new EU climate target of -55%.

Valkenborgs said: “It’s now in EU leaders’ hands to put forward a plan that guarantees minus 55% is delivered.

"Strong national targets need to be part of it. Without making the effort sharing law more ambitious, governments will put the target just agreed at risk.”

European Parliament has ruled that cars will need to meet EU limits on NOx emissions under real-world driving conditions by September 2022.

The UK Government has set a new target to reduce annual greenhouse gas emissions by at least 68% by 2030, compared to 1990 levels.