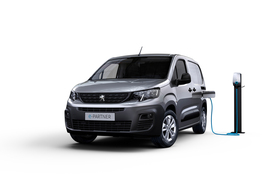 A coalition of cities, companies, and environment and public health campaigners are pressuring EU lawmakers to introduce stricter van CO2 limits for the 2020s.

The letter, which can be read in full here, say the current proposals don’t require manufacturers to increase their sales of electric vans above a 10% share before the end of the decade, but cities say that vans need to shift to zero emissions much faster to clean up toxic air and address the growing climate impact of home deliveries.

Transport and logistics operators, which are part of the European Clean Trucking Alliance, say it’s essential that lawmakers increase the stringency of vanmaker targets and boost the supply of electric vans, which they need to transition to zero emissions.

The EV100 Climate Group, which brings together companies committed to accelerating the transition to electric vans, say businesses need strong policies to support the mass-market availability of zero-emission vehicles for their fleets.

In the UK, registrations of electric commercial vehicles grew by 21.4% in January, reflecting the growing demand for zero-emission vans.

That still only accounted for a total of 647 vans, representing 3.7% of the overall market, however.

Global supply shortages and economic headwinds remain a challenge, however, with many popular electric models having lead times in excess of 12 months.