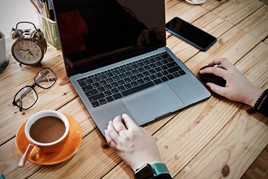 Professor Margaret Bell of Newcastle University has suggested the public’s willingness to stay at home during the Covid-19 crisis could set a precedent for people accepting legal restrictions on travel in order to protect the environment.

Professor Bell told an ITS (UK) webinar about the effects of the crisis on transport that work she has done clearly shows that there is a an absolute need to reduce the number of vehicle kilometres travelled, if the country is to get anywhere near reducing emissions by 67% of carbon dioxide by 2050 over 2010 levels and that the public’s willingness to reduce travel now may lead to future restrictions.

ITS, is an independent membership society of private and public sector transport technology-related organisations plus academia.

Professor Bell said: "We do need to limit travel. And the best way to do that is to change land use and get people to live closer to where they work.

"But yes, I also understand that not everybody wants to be working in high rise buildings in the middle of a city, but that is in some respects more sustainable. So, I think changes in in the way we plan cities is very important component for the future.

“I think maybe.. we start limiting the amount of travel, and people will change their objectives when they choose a place to live and a place to work.”

In the wide-ranging discussion, Professor Bell talked about how lives had been saved during the crisis by the cleaner air in cities meaning people were not breathing in toxins but also how working at home has its own environmental impact and should not be seen as a silver bullet and recommended that, in order to deliver transport services for the future, all operators must work “in a more collaborative and co-operative way.

The full ITS webinar can be viewed below: