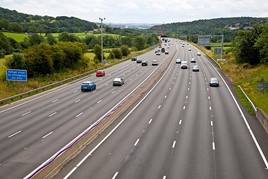 The DfT described the quality of local transport networks in the city regions as a 'weakness affecting their productivity'.

The new fund stems from the announcement made in 2019 that the city regions would receive £4.2 billion of additional funding for local transport networks.

The DfT is proposing it will add sums equivalent to current annual funding, for the Integrated Transport Block (ITB) and Highways Maintenance funding, including the Potholes Action Fund.

The CRSTS aims to work and deliver in the same way as the settlement established over the last two decades in London, creating a more consolidated and devolved model of transport funding and delivering significant improvements for users, according to the DfT.

The DfT said the funding could be the first of a series of five-year transport settlements for the city regions.

The CRSTS sits alongside other local funding streams, such as the DfT’s £5 billion commitment for buses and cycling and its £4.8 billion Levelling Up Fund, which will still be available to the city regions.

Regions will be able to access these and most other funding pots in the usual way, said the DfT, including the funding for the Major Road Network and Large Local Majors projects, and local electric vehicle (EV) charging infrastructure funds, alongside the CRSTS, to support delivery of their transport priorities, and subject to decisions at Spending Review 2021.

Light rail operators have been granted up to £56 million in government funding to help run services as coronavirus (Covid-19) restrictions are lifted.

Two major mobility as a service (MaaS) pilots have secured just under £1 million from the Scottish Government to improve access to transport across Scotland.