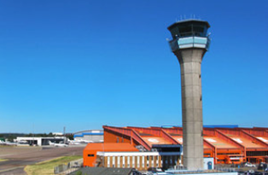 The Department for Transport (DfT) has granted a range of additional powers to decarbonise aviation infrastructure as part of the Air Traffic Management and Unmanned Aircraft Bill.

The Air Traffic Management and Unmanned Aircraft (ATMUA) Bill, designed to modernise airspace and clamp down on the illegal use of unmanned aircraft, received Royal Assent on April 29.

The DfT said modernising the use of UK airspace through the re-routing of existing flight paths “will play a vital role in the Government’s plans to build back greener from the pandemic, generating lower CO2 emissions from flights while also reducing noise pollution and improving punctuality for passengers.

The transport secretary has also been granted temporary powers to waive the rule, which requires airlines to operate 80% of their flights in order to retain their airport slots.

This means airlines will be provided flexibility in choosing to not run flights, preventing high-cost and carbon-inefficient ‘ghost flights’ from taking place during periods of low air travel.

One percent of the world’s population accounts for more than half of the carbon dioxide emissions from passenger air travel, according to a new study.