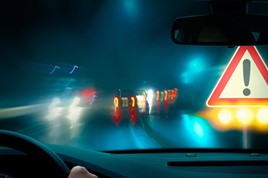 A new version of The Highway Code will be published in the autumn, the Department for Transport (DfT) has announced.

The changes include a hierarchy of road users that aims to ensure road users who do the greatest harm have the greatest responsibility to reduce the danger they may pose to others; and a strengthened pedestrian priority on pavements and when crossing or waiting to cross the road.

It will also contain guidance on safe passing distances and speeds and ensuring that cyclists have priority at junctions when travelling straight ahead.

The changes to the Highway Code are part of a £338 million package to fuel active travel, announced on July 30.

Infrastructure upgrades, changes to The Highway Code and new requirements to ensure the effects of active travel schemes are properly assessed are among the measures included in a new Summer of Cycling and Walking document.

Other measures included in the document include plans to publish a new road safety strategic framework.

Transport secretary Grant Shapps, said: “Millions of us have found over the past year how cycling and walking are great ways to stay fit, ease congestion on the roads and do your bit for the environment.

“As we build back greener from the pandemic, we’re determined to keep that trend going by making active travel easier and safer for everyone.

“This £338m package marks the start of what promises to be a great summer of cycling and walking, enabling more people to make those sustainable travel choices that make our air cleaner and cities greener.”

Independent opinion polling and new research also published by the DfT shows that active travel schemes are supported, on average, by a ratio of two-to-one.

As the UK prepares to host COP26 later this year, these initiatives will play a key role in the Government’s drive to build back greener from the pandemic and achieve net zero emissions by 2050, says DfT.

The announcement aims to build on the Government's £2 billion Gear Change cycling and walking programme, announced one year ago.

The Government said it is also aiming to make cycling easier and more accessible through a new scheme aiming to increase awareness of e-cycles and tackle barriers to their use.

The Government has also announced that the new Active Travel England (ATE) commissioning body, which will hold the national cycling and walking budget, will begin work later this year.

Report by the Department for Transport (DfT) reviewing the walking and cycling plan for England, Gear Change, a year after publication, July 2020.