Decarbonisation primary driver of transport investment and strategy, according to new study 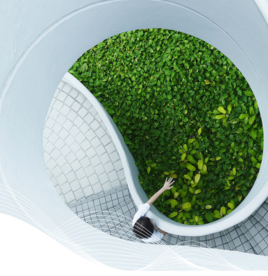 Decarbonisation is a primary driver of the transport industry’s investment strategy, according to research published by global law firm DLA Piper.

Canvassing the views of 100 senior executives who have invested in decarbonisation projects across Europe, the report – Driving Change: The Decarbonisation of European Transport – reveals the majority of investors (79%) consider that decarbonisation is a primary driver of their organisation’s investment strategy.

Large majorities of respondents from aviation (82%), rail (79%) and shipping (85%) agree that decarbonisation is a primary driver of their organisation’s investment strategy.

Aviation – arguably the toughest subsector to decarbonise – stands out as having the highest proportion of respondents saying that they strongly agree that decarbonisation is a primary driver (59%), versus 49% each for rail and shipping.

Respondents are also backing up their words with investment.

Looking ahead, large-scale investment is set to grow even further: 34% of corporates and 66% of investors are looking to allocate at least €1 billion (£840m) to decarbonisation over the next 24 months.

Additionally, focusing on investors only, better access to capital is the top driver for investment in greener technologies over traditional ones, cited by 77% of shipping investors and 71% of aviation investors. This suggests that policy initiatives such as the EU’s Sustainable Finance Disclosure Regulation are having the desired effect.

Corporate respondents have big ambitions when it comes to curbing their CO2 emissions.

More than half say their organisation plans at least a 40% decrease in net carbon emissions by 2030 compared to current levels.

Shipping stands out as the most ambitious subsector, with almost a third (31%) of respondents saying their organisation expects to reduce emissions by 60% or more over this time period.

However, respondents are split as to whether they will meet their carbon reduction targets. Those in the aviation subsector are the most optimistic, with 62% expecting their 2030 carbon reduction targets will be met and only 9% saying that they will be far from meeting them. Rail and shipping respondents are less bullish. Just over half (52%) from these subsectors expect to meet their target.

Fear of lost revenue, from issues such as halted services and lost custom from higher consumer prices, is seen as a major obstacle when it comes to investing in decarbonisation projects and technologies.

This is a particular concern for shipping respondents and is highlighted by nearly three-quarters of them. Revenue loss is also seen as the top investment obstacle by rail respondents (53%).

“Given the current post-COP26 backdrop, decarbonisation must be a primary investment strategy driver for aviation, rail and shipping, as highlighted in our study.

“There are risks - reflecting tight deadlines for major investment decisions, technological change and a complex regulatory environment – but our report highlights that the benefits of decarbonisation are widely recognised.”

Decarbonisation: Where will councils find the money?

Decarbonisation of transport: options and challenges

This EASAC report looks at the challenges facing decarbonisation across the EU and how government policy will be key to driving behaviour change.