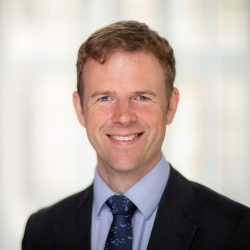 Professor Cameron Hepburn, director of the Smith School of Enterprise and Environment, University of Oxford, brought together a team to carry out the research, including Nobel prize winner, Professor Joseph Stiglitz and climate economist Professor Lord Nicholas Stern.

Their 'Will COVID-19 fiscal recovery packages accelerate or retard progress on climate change?' paper draws on a global survey of senior central bank and finance ministry officials, as well as learnings from the 2008 financial crisis.

The economists catalogued more than 700 stimulus policies into 25 broad groups and conducted a global survey of 231 experts.

Respondents typically saw a ‘green route’ out of the crisis as also being highly economically effective.

A pathway to net zero

The authors said the recovery packages can either kill these two birds with one stone – setting the global economy on a pathway towards net-zero emissions – or "lock the world into a fossil system from which it will be nearly impossible to escape".

The report says that this year, global greenhouse gas (GHG) emissions will fall by more than in any other year on record.

The percentage declines likely in 2020, however, would need to be repeated, year after year, to reach net zero emissions by 2050.

Instead, emissions will rebound once mobility restrictions are lifted and economies recover, unless governments intervene.

The authors' assessment is that of the fiscal rescue measure so far implemented in G20 countries, 4% of policies are ‘green’, with potential to reduce long-run GHG emissions, 4% are ‘brown’ and likely to increase net GHG emissions beyond the base case, and 92% are ‘colourless’, meaning that they maintain the status quo.

However, they say, the crisis has also demonstrated that governments can intervene decisively once the scale of an emergency is clear and public support is present.

The authors of the report said: "Covid-19 has precipitated a major increase in the role of the state. Decisive intervention has begun to stabilise infection rates, prevent health systems being overwhelmed, and save lives.

"The climate emergency is like the Covid-19 emergency, just in slow motion and much graver. Both involve market failures, externalities, international cooperation, complex science, questions of system resilience, political leadership, and action that hinges on public support.

“Decisive state interventions are also required to stabilise the climate, by tipping energy and industrial systems towards newer, cleaner, and ultimately cheaper modes of production that become impossible to outcompete."

The report says that public support for action on climate change increased to a peak prior to the pandemic; government and corporate action was also gathering momentum.

However, they say, the momentum could find new impetus if, humbled by the ability of ‘natural’ forces to shock the global economy, humans recalibrate our sense of omnipotence.

The return of birdsong

Opinion polls in many countries, the authors say, show that people are noticing the clean air, uncongested roads, the return of birdsong and wildlife, and are asking whether ‘normal’ was good enough; could we not ‘build back better’?

The shape of Covid-19 fiscal recovery packages put in place in the coming months, once lockdowns are eased, will have a significant impact on whether globally agreed climate goals are met.

Brian O’Callaghan, researcher at the Smith School of Enterprise and the Environment, University of Oxford, said: “Currently, the UK directs €10.5bn in subsidies to fossil fuels.

“Reallocating this capital to jobs-rich renewable energy projects would be a win-win for the economy and environment.”

The briefing also calls for the Cabinet Committee on Climate Change, which has met only once in five months, to be renamed the Climate Change Emergency Committee to reflect the urgent need for action.

Mayors of cities around the world have united to issue a call for a healthy, equitable and sustainable economic recovery from the COVID-19 pandemic.

The Rail Freight Group (RFG) is urging the Government to leverage the full potential of rail freight to decarbonise transport.