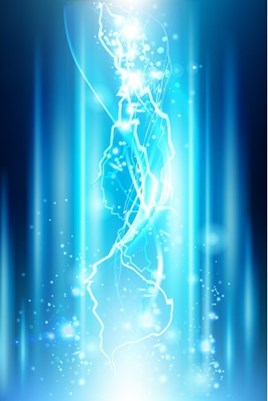 Fitch Ratings estimates that the pandemic will cause problems for battery cell manufacturing, production and product launches.

Its report said: “The likely state of automotive demand dynamics once the situation normalises is unclear.

“In 2019 manufacturers announced launches of several electric models, but customers' appetite has been weak so far, chiefly because of insufficient charging infrastructure and the high prices of EVs.

“Various types of incentives from both manufacturers and governments wishing to promote lower-emission vehicles were offered to boost demand.

“However, increasing pressure on governments' finances could lead to reductions in incentives or the slower development of charging networks, reducing customers' interest in EVs.”

The Fitch Ratings report also said the pressure on oil prices means prices at the pump have dropped and could further slow EV adoption rates.

Under EU regulation, carmakers face penalties of EUR95 per gram of CO2/km in excess of their individual CO2 emission targets.

The agency said the combination of these factors could lead EV sales in 2020 to be much lower than initially expected, with some manufacturers missing their CO2 targets and paying greater fines than are included in Fitch Ratings’ current rating cases.

However, the decline in the share of diesel sales in total sales in the past two to three years has been halted and has stabilised at around 30%, which will help manufacturers reduce their CO2 emissions.

Furthermore, total new vehicle sales in Europe will be lower by around 15% in 2020 YoY, according to Fitch's current assumption.

This will require lower EV sales to cut the CO2 emissions of manufacturers' total sales. Lower overall sales will also reduce the amount of potential fines calculated on the total number of vehicles sold.

The Fitch Ratings report said: “Regulatory responses will be crucial, but have yet to be announced.

“So far the stance of European regulators to lowering fuel emissions has been firm.

“We believe that renegotiations of CO2 targets are highly unlikely. Nonetheless, the current exceptional circumstances may lead to a more relaxed approach. Various governments are introducing special measures to support financially-hit companies.”

The agency said that as the car industry is a key employe in Europe, it is doubtful regulators will levy substantial fines in 2020 or early 2021 for missing CO2 targets.

It said: “We believe that European authorities may postpone the deadline to reach emission targets by a year to relieve financial pressure on carmakers.”

Powering the Transition to Electric Vehicles

Centrica Business Solutions explore how businesses and the public sector need to rethink their energy strategy.

Answers to the most pressing questions utility companies have related to the impact of electric vehicle charging on the grid is a report by fleetcarma, a division of Smart Transport member, Geotab.

Shared mobility: Could electric and autonomous vehicles exacerbate the problems?