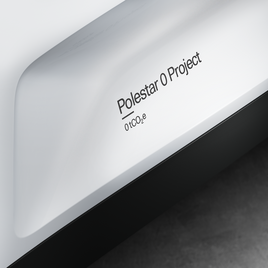 Six major vehicle manufacturers have signed the ‘COP26 declaration on accelerating the transition to 100% zero emission cars and vans’, which commits to phase out fossil fuel vehicles between 2035 and 2040, but some have not signed the declaration.

“Considering the lifetime of a car, they will still be driving and polluting the second half of this century. They are delaying one of the most powerful climate protection solutions available to us.”

Ingenlath added that “large parts of the automotive industry seem to be switching to electric vehicles as slowly as they can”.

Ingenlath acknowledges the complexity of the challenge for traditional car makers, as well as the costs involved. He also welcomes moves by OEMs to develop electric cars.

However, he fundamentally disagrees with their decisions to develop new generations of petrol and diesel engines.

He said: “This is not the time for incremental change, but radical change.

“Can you imagine describing this to a child today: 30 years from now, cars will still produce toxic gases, making the air harsher to breathe?

“Building and selling electric cars isn’t the end point, it is the beginning. We will need at least as much attention on creating a clean supply chain and ultimately recycling.

“An electric car is a good start, and a pathway to true climate neutral mobility, but, clean means clean from start to finish. Polestar is not perfect, but we are working at being better.”

Polestar has positioned itself in the industry as a company that invites closer scrutiny of the emissions associated with car manufacturing and publishes the full details of the CO2e footprint of its cars.

It has introduced a Product Sustainability Declaration, making it easier for consumers to consider the climate impact of different Polestar vehicles, along with price and range.

The company also uses blockchain technology for supply chain transparency, with an ambitious scope that aims to track all risk materials including nickel, manganese, graphite and lithium, in addition to the cobalt that is traced today.

In addition, Polestar has announced a goal to create a truly climate neutral car by 2030, without relying on carbon offsetting.

Polestar, the EV specialist brand owned by Swedish carmaker Volvo, is working to offer an emissions free vehicle by changing the way cars are made.

COP26: Corporate pledges are no substitute for government action on EVs, says T&E

T&E is urging government leaders to set ambitious targets to mandate transport providers to switch to electric vehicles, rather than rely on corporate pledges.