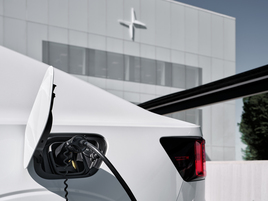 A list of 24 governments, 11 carmakers and 39 cities have all signed a COP26 pledge to go zero emissions with new car and van sales globally by 2040 and no later than 2035 in leading markets.

The announcement, made to coincide with Transport Day at COP26, was made by governments including the UK, Sweden, Norway, Poland, New Zealand and Canada. However, many major economies have not signed, including the US, China, Germany and France.

Håkan Samuelsson, Volvo Cars chief executive, said: "Our plan to be a pure electric car maker by 2030 is one of the most ambitious in the industry, but we can’t realise zero-emission transport by ourselves.

“So I am pleased to stand side by side here in Glasgow with industry colleagues and government representatives in signing the declaration. The time for climate action is now.”

Polestar, the electric vehicle brand established by Volvo Cars, has already called out other manfacturers for not signing the pledge.

Those that have not signed include Stellantis (Fiat, Chrysler, Citroen, Peuegeot, Vauxhall), Toyota, Nissan, Honda, BMW, Volkswagen and Toyota.

Bristol, Scotland and Wales were the areas from the UK that signed up to the committment.

The full pledge and signatories are available to view online in full, but includes: