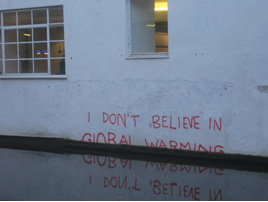 More than three quarters of the population believe climate change is already having an impact in the UK according to a Government survey, but people seem less concerned about those impacts than a year ago.

According to the Department for Business, Energy and Industrial Strategy (BEIS) Public Attitudes, 78% of the population believe climate change is already affecting people in the UK as a whole – up from 73% in March 2019.

The BEIS Public Attitudes Tracker survey was conducted before the Covid-19 lockdown – but against a backdrop of increasing concern over the impact of the pandemic.

The survey report says: “It is unclear what effect the COVID-19 outbreak and associated media coverage during fieldwork may have had on public behaviours, attitudes and perceptions towards the topics in this report.”

The survey also found that:

Full survey results are available on the BEIS website.

The COP26 UN climate change conference set to take place in Glasgow in November has been postponed to an as yet unconfirmed date next year due to COVID-19.

BEIS has launched a consultation proposing a two-year extension to the Climate Change Agreement scheme (CCA), allowing businesses to achieve savings of around £300 million in total.