Cleaner air could boost UK economy by £1.6bn a year 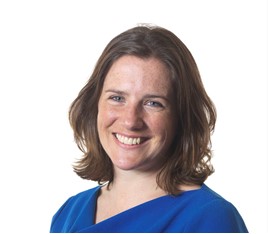 Reaching WHO targets for air quality could boost the UK economy by £1.6bn annually, according to a new report commissioned by the Clean Air Fund (CAF).

The report, which can be downloaded from the CAF website, also estimated that a total of three million working days are lost each year related to air pollution due to workers becoming sick, or taking time off to care for sick children.

The study has calculated the impact across UK and has examined four major cities in detail - with the annual economic benefit estimated in London (£480m), Birmingham (£25m), Bristol (£7m) and Manchester (£28m).

CAF is urging the Government to include a legally binding commitment to meet WHO air pollution standards by 2030 in the Environment Bill.

The Bill is due to be debated in Parliament this autumn and the Government has confirmed it will be setting new targets.

The call from CAF echoes 16 other campaigning groups that are part of the Healthy Air Campaign.

Currently, the bill mentions ‘a target’ for particulate matter (PM2.5), but does not specify what that target will be, or when it will be met.

Other pollutants, such as Nitrogen Dioxide (NO2) are not mentioned in the Environment Bill and the target for PM2.5 will only be presented to parliament in October 2022.

Some local authorities have announced the introduction of Clean Air Zones with the aim of improving air quality locally.

Clean Air Zones were due to be launched in Bath, Bristol, Birmingham, and Leeds in 2020 but have since been postponed until at least 2021, possibly indefinitely, while Greater Manchester’s plans have been delayed until 2022.

Oxford City Council has already set out its plans for its city-wide air pollution reduction target.

Jane Burston, executive director of the Clean Air Fund, said: “We know clean air makes us healthier, but our research shows it can make us all wealthier too.

“If businesses and Government work together to ensure clean air for all, we can protect our health and re-energise the economy at this critical time.

“Ministers must commit to binding targets to cut air pollution in line with WHO guidelines by 2030.”

The report on the economic impact of improved air quality was put together by CBI Economics, the CBI’s economic analysis arm.

Rain Newton-Smith, chief economist of the CBI, said, that not only is there a clear moral responsibility to address air pollution and the impact it has on human health and the environment, there’s also a striking economic rationale.

She said: “That is why the CBI has been absolutely clear that a focus on green recovery should be central to our COVID-19 response.

“From mass energy efficiency programmes to building new sustainable transport infrastructure, the green economy offers incredible opportunities for the UK. Improving air quality should be a key part of the UK’s journey to net zero.

“With air pollution hitting the balance sheets of businesses across the country, and cutting the earnings of their employees, cleaning up our air would help us to lead healthier and more productive lives, while delivering a green jobs boost for the economy.”

The calls from CAF have been supported by mayors of London and Bristol.

Sadiq Khan, the Mayor of London, said: “Pollution isn’t just a central London problem, which is why I have consistently demanded that the Government match my ambition and improve the Environment Bill to include legally binding World Health Organization recommended limits, to be achieved by 2030, and to give cities the powers they need to eradicate air pollution.

“The CBI’s new report shows that cleaner air could boost the economy by £1.6 billion - we have a once-in-a-generation opportunity to rebuild our cities and economies to be greener, fairer, and more sustainable.”

Marvin Rees, the Mayor of Bristol, said: “We have a moral, environmental and legal duty to improve air quality, and this report also shows the economic case is clear too.

“We have been committed to an approach that protects the most economically deprived in our city, because while air quality contributes to early deaths, we must also challenge the biggest killer: poverty.

“These two health challenges must be tackled together, and this report shows why.

“Poor air quality damages lives and disproportionately impacts our BAME and lower income communities and we want them to share in the economic benefits of improved air quality this analysis highlights.”