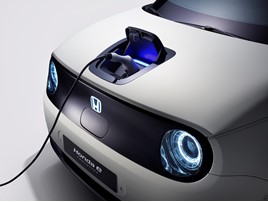 The charity behind Clean Air Day is calling on the Government to make car manufacturers introduce quotas that commit to 15% of their sales being battery electric vehicles (BEV).

Global Action Plan (GAP) said that if quotas were introduced it would mean at least 15% of new cars sold by a brand in the UK would have to be a full EV within a decade - as opposed to the current CO2-based target, which requires car manufacturers to achieve an average fleet emissions target or face fines.

A new national survey of two-car families in the UK, commissioned by the organisation, revealed that the public wants government action and is ready for more affordable cars that do not create emissions.

GAP said the quota will be required in order to meet the earliest phase out date (2035) for the sale of petrol and diesel cars proposed by the Government.

Its survey found that the majority (59%) of two-car families have off-road parking, never drive their “second” car more than 50 miles in a day and have another car for all longer trips.

If this same 59% converted to electric, there would be approximately 5.7 million more electric cars on the road, according to GAP.

"But the facts are that for one in six cars on the road – the “second” car in 5.7m households – these are not problems and electric cars are the perfect vehicle.

“The car companies that made $600bn profit from selling diesel and petrol cars in the last decade, must be made to focus on mass producing zero emission vehicles in this decade.”

The latest new car registration figures from the Society of Motor Manufacturers and Traders shows that fully electric cars account for just 4.7% of sales.

Registrations have grown by 112% since the start of the year, but that only accounts for 39,000 BEVs sold between January and the end of July.

One in three (31%) office workers would like to see EV carpooling or plug-in company cars introduced, according to a new survey by Go Ultra Low.