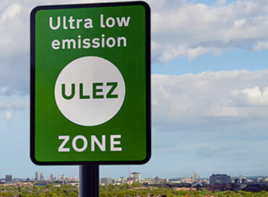 The Centre for London has called on the Mayor of the capital to introduce a pay-per-mile road user charging scheme.

The think tank is urging the Mayor to rethink the way London approaches improving the capital’s air quality ahead of the expansion to the Ultra Low Emission Zone (ULEZ), which starts from October 25.

Nick Bowes, Centre for London chief executive, said: “The expanded ULEZ is the most ambitious scheme of its kind in the world. All eyes will be on London to watch how successful the ULEZ will be at cleaning up the capital’s air.

“However the ULEZ has its limitations. It’s an analogue scheme in a digital age, relying on technology from 2003.

“Many petrol and diesel vehicles are still exempt from the scheme and extending the reach of a flat charge may incentivise Londoners to drive more to get value from their daily payments. And less well-off Londoners who rely on their cars for work and lack the means to switch to a cleaner vehicle will be particularly penalised.”

Bowes said that as the world looks ahead to the COP26 United Nations Climate Change Conference, the Mayor of London should use that as an opportunity to kickstart plans to replace the “growing patchwork of road charges”

He said: “A pay-per-mile road user charging scheme would improve air quality, reduce congestion, encourage Londoners to walk, cycle and use public transport, and help to plug the yawning hole in Transport for London’s budget.

“Any additional revenue could also top up the Mayor’s scrappage scheme and help Londoners exchange their polluting vehicle for a cleaner one.”