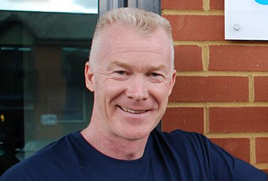 Former Cycling UK boss Paul Tuohy is to join Campaign for Better Transport as its new chief executive in November.

He will take over from Darren Shirley who is leaving to lead Department for Transport's new Acceleration Unit.

Tuohy has worked at charity Cycling UK for the last six years to campaign for active travel and to help influence Government policy.

He instituted the 'Big Bike Revival', which engaged an estimated quarter of a million people back to cycling, in collaboration with the Department of Transport (DfT).

Tuohy was also instrumental in creating the Walking and Cycling Alliance with like-minded organisations that convinced the Government to commit over £2 billion towards more walking and cycling infrastructure and education programmes.

Prior to Cycling UK, Tuohy worked with YMCA and RNIB and was the CEO of Missing People.

Tuohy said: "The work of Campaign for Better Transport has never been more important than it is today.

“The pressing need to bring transport's greenhouse gas emissions in line with net zero targets has been joined by the need to recover and renew transport networks after Covid-19 and reverse the trend of people returning to cars.

"I'm thrilled to have the opportunity to lead Campaign for Better Transport at this crucial time as it works for a transport system that is sustainable and fair, that connects people with opportunities and improves community life.

“I want Campaign for Better Transport to work alongside the Government to ensure effective, reliable, sustainable transport systems are in place as soon as possible."

Can MaaS work outside cities? Darren Shirley, chief executive of Campaign for Better Transport, believes it can

Given the lack of economies of scale available outside major conurbations, introducing MaaS to rural areas doesn’t have private investors queuing up, says Darren Shirley

Campaign for Better Transport is looking for a chief executive officer to replace Darren Shirley who is moving to a new role at the Department for Transport.