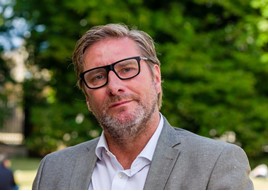 Refreshed plans for Cambridge to introduce autonomous road pods to create a mass transit system in the city region have been approved by Cambridgeshire and Peterborough Combined Authority’s Transport & Infrastructure Committee.

The Cambridge Autonomous Metro (CAM) Sub-Strategy is one of the ‘daughter’ documents of the Mayoral Combined Authority’s adopted Local Transport Plan and describes the economic, social and environmental objectives of the CAM which will guide its delivery.

These aims align with the Local Transport Plan to ensure the CAM is consistent and integrated with the wider policies and projects which are shaping Cambridgeshire and Peterborough’s transport future.

The draft CAM Sub-Strategy was approved by the Authority’s board in March 2020 and a public consultation was held between May and July.

The feedback from the consultation was incorporated into an updated version of the draft document, which was presented on November 4.

The committee recommended the approval and adoption of the CAM Sub-Strategy to the next full Combined Authority Board when it meets on November 25.

Mayor James Palmer said: “The CAM must deliver more than just faster, cleaner and better journeys and a reduction in congestion.

“The benefits go much wider; economic, social and environmental, and this document captures what CAM must achieve in supporting a sustainable and prosperous future for Cambridgeshire and Peterborough.

“That includes supporting the building of much-needed new homes, fostering business growth and job creation, connecting more people and places to greater opportunity and protecting and enhancing the environment.

“It will also give our advanced, tech-driven economy the extra capacity it needs to continue to be globally competitive, which is both locally important, but also of strategic national significance to ‘UK plc’.”

The Transport and Infrastructure Committee agenda pack, including the full LTP CAM Sub-Strategy document presented and consultation feedback, can be viewed via the meeting page.

Cambridge and Peterborough to trial e-scooters and e-bikes

The Cambridgeshire and Peterborough Combined Authority has partnered with Voi to trial e-scooters and e-bikes in the region.

Renowned civil engineer Lord Robert Mair has been appointed chair of the delivery company for the Cambridgeshire Autonomous Metro (CAM).