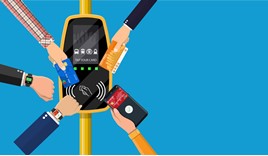 Transport for the North (TfN) has criticised Government plans to cut its funding, suggesting that it will “delay economic recovery and undermine the levelling-up agenda”.

In a letter to TfN earlier this month, the Department for Transport (DfT) set out its intention to cut TfN’s core funding from £10million to £6m for the 2021/22 financial year and that there would be no funding for the roll out of contactless payment systems on the north’s rail, bus, and tram networks.

Iain Craven, finance director at TfN, said: “Transport for the North’s board has clearly indicated its disappointment and concern that, a time when the Government’s levelling up agenda is needed most, funding is being cut, putting northern investment and jobs at risk.

"It falls substantially short of what we outlined the north would need to level-up infrastructure and accelerate benefits to the region.

“There is a real worry that this signals a diminishing ambition for the north, rather than pump-priming the region’s economic recovery.

“Establishing Transport for the North was a symbolic moment for devolving power to Northern leaders, one that fully supports the levelling-up agenda.

"Our members have clearly indicated the ambition that, over time, TfN should have a greater role and more oversight of investment, but the opposite is proposed.”

TfN is now seeking a meeting between its members and the DfT regarding the settlement.