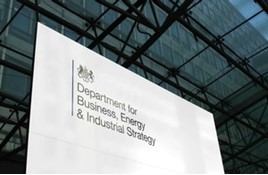 The Department for Business, Energy and Industrial Strategy (BEIS) has launched a consultation proposing a two-year extension to the Climate Change Agreement scheme (CCA), allowing businesses to achieve savings of around £300 million.

CCAs work by setting targets for reducing businesses’ energy use in return for discounts on the climate change levy on their energy bills.

The consultation will enable new targets to be put in place from January 2021, allowing the extension of the scheme beyond its current March 2023 end date to March 2025.

The Government said the two-year extension, announced by the Chancellor during the Spring Budget, would give eligible companies extra financial support and security by guaranteeing access to savings worth up to £300 million a year until 2025.

The consultation is open to anyone, but in particular BEIS is looking for views from sector associations and business which participate in the scheme, operators of facilities not currently in the scheme that may be eligible, organisations such as trade associations, NGOs, consultants and academia and other bodies who have an interest in the scheme.

The Government said the two-year extension, announced by the Chancellor during the Spring Budget, would give eligible companies extra financial support and security by guaranteeing access to savings worth up to £300 million a year until 2025.

Energy minister Kwasi Kwarteng said: “Extending the Climate Change Agreement scheme will give businesses greater clarity and security at a time when they need it most.

“This extension will save businesses money while cutting emissions - a key element of our work to combat climate change in the months and years ahead.”

In addition to extending the CCA for thousands of companies currently in the scheme, the consultation will also allow new businesses to apply to join and gain access to savings as of January 2021.

Under the current rules, businesses have not been able to join the scheme since October 2018.

Since the CCA was introduced in 2013, The Government has estimated it has helped companies reduce energy use by up to 2.3 terawatt hours a year - enough energy to power 140,000 homes.

Innovate UK has launched a £20 million competition to boost innovation in the delivery services and transport sectors to help build UK resilience following the coronavirus outbreak.

The Department for Business, Energy & Industrial Strategy (BEIS) has extended the tender deadlines for those applying for its smart meter-enabled electric vehicle charging trial.

What impact will COVID-19 have on efforts to tackle climate change?

"The delay to COP26 makes sense, but the priority for the next UN climate summit must be to ensure that economic recovery is built on low carbon infrastructure," according to Claire Haigh, The Transport Knowledge Hub executive director.