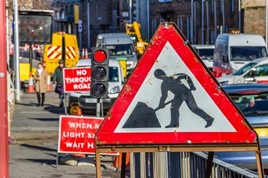 The Government may have to rethink its road-building policy in England, following a legal challenge by environmental campaigners.

Lawyers for the campaign group Transport Action Network (TAN) have sought a judicial review of the national policy statement on national networks (NPS), which underpins the Department for Transport’s £27billion programme to expand England’s road network, including projects such as the Stonehenge tunnel, the A46 Newark bypass and the Lower Thames Crossing.

TAN argues that the Government’s road-building policy is not compatible with its environmental and air quality commitments and court papers seen by the Guardian suggest that Transport Secretary Grant Shapps chose not to review the NPS after he was advised by civil servants to do so. This view is supported by environmental research Lisa Hopkinson, writing in Smart Transport Journal, on why road building during the climate crisis was increasingly anacronistic and a legal liability.

A DfT spokesperson told the Guardian that £12bn of its £27.4bn spending plans will upgrade rather than simply enlarge the road network and, combined with the decarbonisation of vehicles and greener construction, are consistent with the Government’s net zero aspirations.

The spokesperson said: “The advice to the transport secretary set out that the criteria for a review of the NPS had not been fully met.”

They added that the DfT was “unable to comment on ongoing legal proceedings”.

The BBC has since learned that lawyers for Shapps have asked in a letter for more time to decide if he is willing to review the roads policy on environmental grounds.