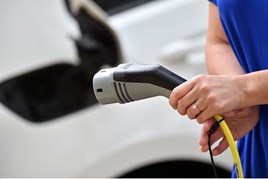 Arval is urging fleets to consider rapidly bringing forward plans to transition to electric vehicles (EVs), with the sale of new petrol, diesel and hybrid cars and vans due to end by 2035.

For those operating a four-year replacement cycle the deadline is effectively only three changeovers away, making the adoption of structured transition plans towards the deadline much more pertinent and timely, it says.

Arval consultant David Watts explained: “The Government has made two changes that should have a direct impact on how fleets plan their EV transition. One is to move the date for stopping petrol and diesel adoption much closer, the other is to include hybrids.

“The latter point is perhaps the most important. Many fleets were operating on the assumption that the ongoing availability of hybrids would give them more time to make the transition to full battery electric vehicles. Now that will happen much sooner.

“What this means is that fleets need structured and progressive plans that move them into EVs by the 2035 deadline or ideally, even sooner – particularly following transport secretary Grant Shapp’s recent comment that the ban may come as early as 2032.”

The transport secretary has suggested that the Government could implement the ban three years earlier, after the Prime Minister originally said it was aiming for to end the sale of new petrol, diesel and hybrid cars and vans in 2035.

Watts continued: “Customers are already talking to us about how they can achieve this. It is fair to say that everyone is feeling much more focused.”
He says that, while EV penetration into its leased fleet had been growing steadily over the past couple of years, there has been a rapid increase in the latter half of 2019 which is expected to continue.

“Alongside the 2035 announcement, there are two main factors that will start to come into effect,” said Watts.

“The first is the 0% benefit-in-kind taxation level, which is already prompting considerable interest. On the basis of this, many employees will have decided that their next company car will be an EV and this in turn will put pressure on employers to add them to choice lists.

“The other is that there is a wave of new EVs arriving this year and next, if some only in low numbers, that are suitable for the core company car sector. To date, most models have been concentrated at the top and bottom of the overall market but this is starting to change quickly.

“What all of this means is that many of the perceived hurdles that have stood in the way of EV adoption, from lack of model choice to range anxiety to cost, are starting to fall away rapidly and fleets are responding by showing massively increased interest.

“Of course, some issues remain – for example, the charging infrastructure requires ongoing investment on a national scale – but the Government’s recent commitment to double funding for residential charge points, in addition to the 2035 ban, means that increased EV uptake is perhaps now almost inevitable.”
Watts says that Arval UK is providing guidance to organisations at a corporate level to help make the adoption of EVs across the business as easy as possible.

“Our advice is designed to follow on from the point at which many organisations now find themselves,” he continued. “They have decided at a corporate level to add EVs to their fleet and we are looking to help them answer the resulting question, ‘We want EVs – what do we do now?’. It is all about the process of adoption.”

He concluded: “Essentially, we want to remove the mystery from EVs and create an environment where both managers and drivers learn how to use these cars and vans and get the most out of them through understanding their operational features in more detail.

“The 2035 target means that all fleets will now have to undergo this process at some point in the next few years. We see our role as supporting them throughout that change in a manner that makes the process as smooth and rewarding as possible.”