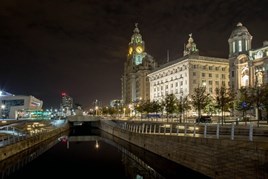 Combined Authority papers, published on February 20, recommend that bus franchising is supported as the emerging “leading option”, among others, for the future of the city region’s bus network and services and that a detailed and independently audited assessment is now completed.

The recommendation is based on two-years of work, including a year-long “Big Bus Debate”, in which local people shared their current experiences of bus travel and what they’d like to see in the future.

Rotheram: “People have told me through our Big Bus Debate, that buses don’t run at the times they need them, especially early in the morning, late at night and at weekends, and that too many people find the current system to be confusing, unreliable and expensive. This has to change.

“I am determined to deliver a London-style integrated transport system for the Liverpool City Region.”

Rotherham’s team will be asking Liverpool Combined Authority to support the completion of the work required to fully assess the emerging option of bus franchising against the alternatives.

Should the Combined Authority approve the recommendations, Merseytravel officers will complete an independently audited assessment of bus franchising, alongside continuing existing partnerships and an enhanced partnership model, upon which the public and other statutory consultees would be consulted later this year.

Passengers to plan journeys down to the minute as big data revitalises country’s bus use.

New buses are “a statement of intent for the city’s transport”.

CityBus 2.0 celebrates one year of service with 80,000 riders

On-demand public transport service in Brazil has removed more 6,500 vehicles from the streets and 64 tons of CO2 emissions.