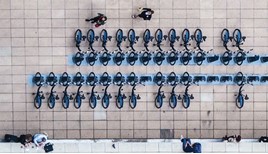 Planners need to think more about cycling and walking and less about the road network and car ownership, suggests Laura Laker

It’s not often an engineer makes a speech that goes viral.

However, when Urban Movement’s Brian Deegan spoke at the Dublin Joint Committee on Climate Change, any atmosphere of polite interest evaporated and people sat up and took notice.

Urban design engineer Deegan, the mastermind behind Manchester’s bold cycling and walking plans, described growing up in 1970s in Moss Side. 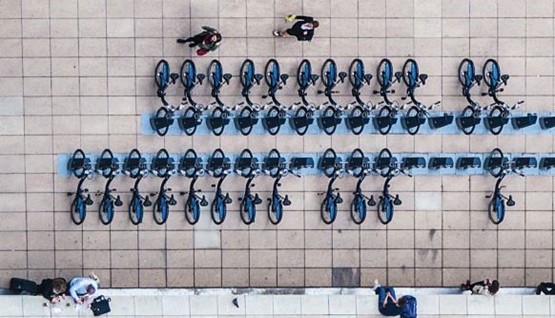 Like many children of that era, Deegan and his friends kicked a ball about on the cobbled streets of their Mancunian neighbourhood, until one day asphalt was laid “in the name of progress”.

“Suddenly it became quite difficult to play football,” said Deegan, “because you couldn’t get out of the way of the cars in time. It no longer became a place to play.”

A friend of Deegan’s, Stephen, was hit by a car. It became difficult for Stephen to focus, and he “slipped out of school”. After that, Deegan says, many parents started bringing their kids indoors.

“Only the bad kids were left outside,” said Deegan. “Kids like myself. In the ’70s, early ’80s, really the presence of a young person on the streets of Moss Side meant you were up to no good, and the police started coming around, throwing us in the back of vans and beating us, just for being on the street.

“Eventually one kid got killed, the riots started, all the streets burned down, all the shops smashed in there, and that’s that,” he concluded.

If one wanted to sum up the changes that have befallen our streets during the rapid advance of the motor car, you would be hard pressed to find a more striking example.

Evidence for the benefits of active travel, i.e. walking and cycling, are plentiful, from the obvious boosts to physical health, to cutting carbon emissions, air pollution and congestion. If cycling outside of London were to catch up with what’s happening in the capital, it could save the NHS £319 million over the next 21 years, it is estimated.

Then there are the less obvious benefits, which include reductions in social isolation, improving children’s performance at school, reducing noise pollution, boosting the economies of towns and cities and tackling transport inequalities.

One European Commission estimate of the return on investment for cycling infrastructure is as high as 20:1, significantly more than road and rail.

In London this year, the Parliamentary Transport Committee held an inquiry into what would encourage people to walk and cycle more in the UK and the barriers stopping them.

Committee members visited Greater Manchester, where city mayor, former Labour health secretary Andy Burnham, is investing £160m in cycling and walking, part of what he hopes will be a £1.4 billion active travel network. Burnham feels walking and cycling is unique as a transport investment in that the two reap economic, environmental and health returns.

He recognises a major culture change is needed to achieve widespread uptake of active travel, though, both in society and the way we plan our streets.

Stop building for the car

At the inaugural meeting of the UK’s cycling and walking commissioners in Manchester, Burnham said: “We’ve got to stop building for the car – we cannot carry on doing that. Wherever you travel around the UK, you can feel the effects of congestion … the issues around air quality. We can’t think in the way we thought in the past, we have to do things differently.”

How can we stop 'building for the car'? Read the full article, Making the case for active travel (PDF), taken from the Smart Transport Journal.

Geneva is introducing an environmental zone from January 15 next year to tackle air pollution.