Can MaaS work outside cities? Darren Shirley, chief executive of Campaign for Better Transport, believes it can

Given the lack of economies of scale available outside major conurbations, introducing MaaS to rural areas doesn’t have private investors queuing up, says Darren Shirley

Mobility as a Service (MaaS) has the potential to transform the way we travel. Cities such as Helsinki, Birmingham and Vienna, among others, are actively preparing for the coming revolution.

But what does MaaS mean for places away from the urban limelight? What do they stand to benefit? 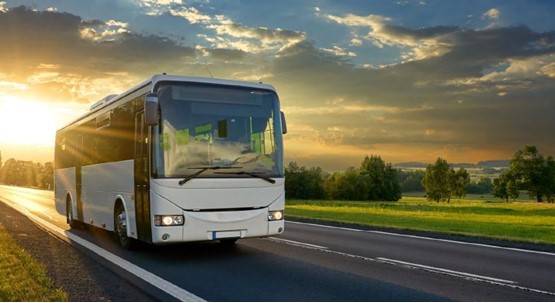 Although MaaS is spoken about in cultish terms, it is a simple concept.

Offer people the ability to plan and pay for journeys using multiple transport modes, like car clubs, bike hire and public transport, through one app and you will not only increase freedom, flexibility and connectivity, you will get less pollution and a more efficient use of your transport infrastructure.

It builds on the long-established idea of door-to-door journeys, where different modes should link so an entire trip by public transport is possible, with integration being key.

In urban areas, where there is often a plethora of transport modes available, MaaS should work well because it can thrive on scale. It allows people to choose the best option for their journey and budget. By bringing together different transport modes in one place it increases people’s mobility and choice, while making full use of capacity to speed up journeys and help reduce congestion.

Large urban areas are perfectly suited to MaaS with better public transport networks. There is a growing segment of the population that is already used to buying services through apps and they are less likely to own their own car. But what about outside the big cities? Can MaaS work in towns and even villages, where public transport is limited and private car ownership is high?

There is certainly a lot at stake. In some rural areas of the UK, public transport has virtually disappeared, or if it exists it’s expensive and infrequent with little integration with other modes.

Hardly any wonder that levels of car ownership and use are higher outside urban areas. While 34% of households in urban conurbations do not own a car, this drops to 14% in rural towns and just 7% of village households are car-free.

While private car ownership continues to fall year-on-year in some cities, the absence of viable alternatives means the car is still king in smaller towns and rural areas.

The lack of reliable mobile signal means you can’t necessarily plan your journey in real-time like you can in a city, undermining one of the big attractions of MaaS.

You can get a full 4G signal up a mountain in Spain, but there remain plenty of places in the UK that still dream of a decent 3G signal let alone being impatient for the roll out of 5G. There are promises that this issue is being addressed, but rural digital connectivity will not match urban areas for some time.

Rural areas do not benefit from the economies of scale of their urban neighbours and the potential market can be much smaller and more dispersed.

When public transport does exist, it is often forms skeletal, under-used services, less accessible and more expensive than its urban counterpart. Poor integration and competing operators with different and incompatible ticketing systems and fares all make travelling by rural public transport less desirable.

Despite these challenges, there are many reasons why it is worth persevering with MaaS development outside the cities.

Rural areas also suffer from congestion and poor air quality – key issues that MaaS can help to tackle in urban areas. But more complex issues facing rural communities are also in play. The lack of transport choice often hits disadvantaged groups first and hardest while economic stagnation, a reduction in public services and the health implications of isolation and loneliness are also very real concerns. These problems, coupled with the loss of many subsidised rural buses, means local authorities are on the lookout for reliable, efficient ways of connecting rural areas.

In rural areas and small towns, MaaS has an entirely different case for investment than it does in our cities. It could be the key to developing and maintaining vibrant rural economies by supporting better access to services like education, health, training and employment.

There are a number of rural areas that are starting to tip their toes into MaaS. In the Tees Valley for instance, a new Uber-style on-demand bus service is set to be launched later in the year. Passengers will be able to order buses on the phone, via an app or through a website.

The system will match up passengers travelling in the same direction and schedule vehicles to find the fastest route. Passengers can also select destinations outside the service area. The pilot scheme, which is set to run for three years, is being introduced to help boost economic activity and improve access to jobs in an area that has a notoriously poor public transport network.

Investment in infrastructure to support rural transport choice is also on the agenda.

In Cambridgeshire the local authority is planning a number of rural travel hubs around the south of the county. The hubs will be small, flexible transport interchanges at key locations which would link public transport, walking and cycling. The aim is to reduce the levels of private car journeys between Cambridge and the surrounding villages by providing sustainable transport options and enabling connections between neighbouring villages and towns.

Also in Cambridgeshire, St Neots is set to become the UK’s first ‘smart town’ with travel planning set to benefit from real-time parking information with online payments, more intelligent traffic signalling, use of technology to combat congestion and smart panel screens around the town with real-time travel information. All this will be possible thanks to better connectivity with superfast broadband and free Wi-Fi in public places.

The DfT is preparing to pick the three winners before the end of the year that will gain access to a share of £70 million of Future Mobility Zone funding.