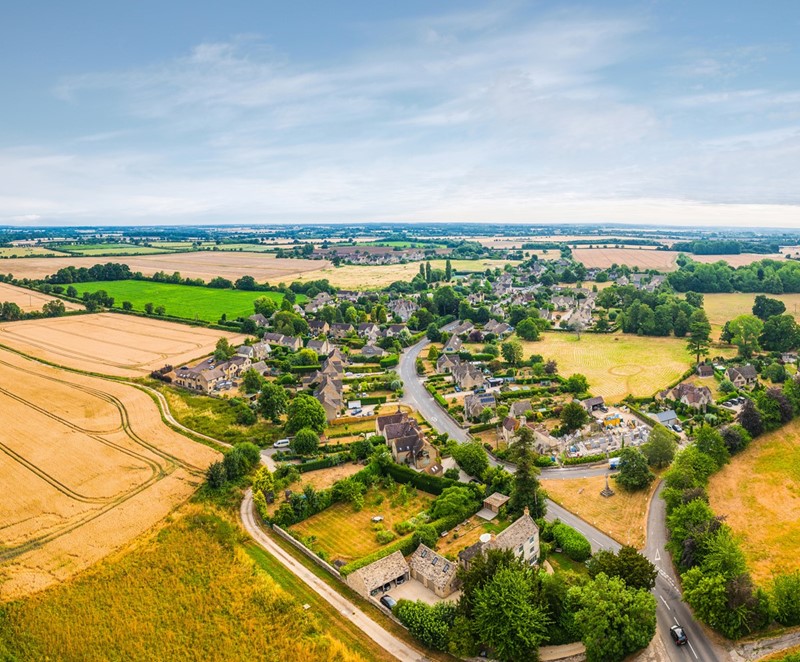 Out of sight often meant out of mind when it came to solving the transport problems experienced by non-urban residents, but the focus is shifting, reports Beate Kubitz

The rural population of the UK – defined as those living outside settlements with more than 10,000 resident population – stands around 17%. That’s 11 million people.

The transport community tends to focus on urban areas where dense population means large numbers of people live close to infrastructure and services – and improvements are accessible to large
numbers of people.

As such, rural mobility tends to attract much less attention than urban mobility – the relatively smaller population tends to be lower priority and the nature of rural areas means that, by definition, solutions cannot be created at scale.

Recently, however, rural areas have risen up the transport agenda.

A group of rural council leaders has established a new Countryside Climate Network under the aegis of UK100 which has a strong focus on transport.

The recent series of roundtables examining rural transport established by the University of Hertfordshire Smart Mobility Unit have brought together researchers and organisations wrestling with the issues to exchange ideas.

And, from a different angle, the RAC Future Mobility for Rural Communities report focuses innovation on an overlooked part of the transport system and talks to people in a rural area about their needs and desires.

The challenges of rural mobility are those of smaller populations, distributed unevenly over greater areas (along with jobs and services) and generally connected by lower capacity and less reliable networks.

For instance, 43% of people living in rural England reside more than an hour away from a hospital by public transport, compared with just 7% of people in urban areas.

Also, 47% of people in rural England live more than 30 minutes away from a town centre by public transport, compared with just 5% of people in urban areas.

As a result, the rural population travels more miles per year than those living in urban areas.

Resources are both scarcer and also more thinly spread. There is 48% less funding per person in rural authorities.

Councils in London receive £482 per head, while metropolitan boroughs and cities receive £351 per head, compared with £182 per person in county areas.

Diversity at low density is part of the difficulty in providing rural transport. The devil, is truly in the detail.

Which means that diverse competing individual desires must be weighed against what is possible and what is desirable.=

As with all transport challenges, the ‘individual versus the network’ looms large in rural settings.

Roads are just as (if not more) constrained as in cities.

The business case for allocating resources for infrastructure (and to support services) is harder to make for smaller populations.

Better data is needed to help assess demand and the potential for creating services that match people’s needs better.

And most critically, as the RAC Foundation report shows, people’s desires are sometimes for solutions that directly conflict with and undermine each other.

The classic example is of drivers’ perception of themselves as ‘stuck behind’ other traffic – rather than as part of congestion.