Examining the need for smarter solutions to children's travel to school 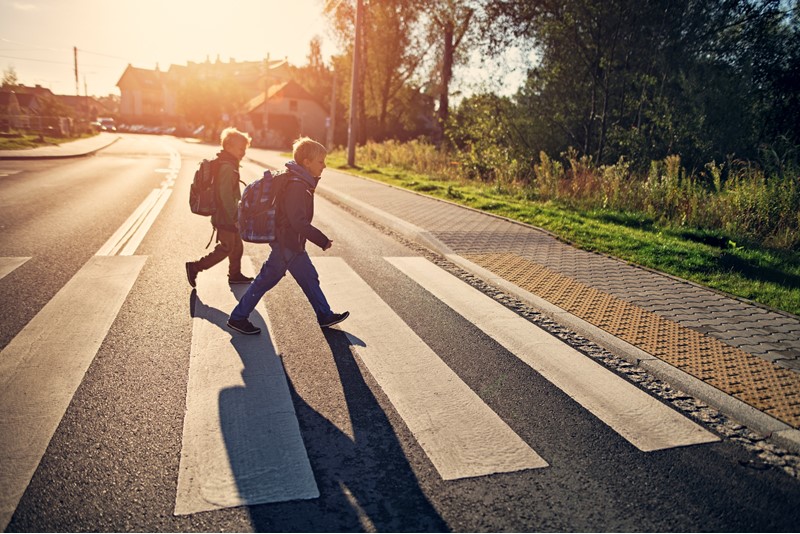 Greater Manchester’s plans to install simplified pedestrian crossings costing just £300 have stalled. To conform with current regulations each crossing costs £30,000. The battle to drop beacons and zig-zag lines could be transformative

In the early 1970s, nearly 90% of primary school children in England were allowed to travel home on their own.

A study by Westminster University has shown that this had dropped to 25% by 2010.

The benefits of independent and active travel on children’s health, wellbeing and cognitive development is well evidenced.

Plus one-in-four cars on the road at peak times is on the school run, according to the charity Living Streets.

We need smarter solutions to young people’s travel to school rather than routinely strapping them into the car.

Where did we go so wrong in Britain that parents are now too scared of traffic to let their children walk half a mile on their own to school, shops or the park?

Putting the needs of children and other vulnerable road users at the heart of transport and spatial planning, and prioritising walking (and cycling) leads to free, healthy, zero-carbon and zero-emission forms of travel.

The Healthy Streets Guidance from Transport for London shows us how it should be done: clear and utterly sensible guidelines for creating streets where an eight or 80-year-old could happily travel independently on foot.

This still feels a long way from the day-to-day experience of most pedestrians having to battle with busy roads, widened junctions, inadequate or missing crossings, high kerbs and cracked, uneven and blocked pavements.

While the Government has committed £2 billion to be spent on active travel, the fund is not ringfenced and amounts to just 1.5% of total transport spending.

Transport for Greater Manchester (TfGM) is leading the way in reinforcing the little known rule (Highway Code 170) that pedestrians who have started to cross a junction have priority.

However, rather than creating zebras with belisha beacons wired to the mains and zigzag markings, as required, he wants to create painted-only zebra crossings.

These ‘implied’ crossings cost only £300, rather than the £30,000 of a traditional zebra, and are common practice across much of Europe as well as in large retail carparks.

TfGM has written to the Department for Transport (DfT) to ask for the regulations to be changed and, in the meantime, has started an off-road trial, conducted by Transport Research Laboratory, to provide the evidence to the Highway Authority that the zebras are safe.

If the law was updated to allow the use of zebra crossings without the need for beacons or zigzag lines, this could be transformative.

Councils could in one fell swish of paint make every side-street safer to cross for pedestrians at relatively low cost.

Instead of pedestrians crossing the road, it becomes cars crossing a pedestrian space. Drivers would no longer be able to assume they have priority on the road and would have to drive more slowly and carefully in urban areas and be much more mindful of vulnerable road users.

Other policy changes needed include a national ban on pavement parking.

And let’s just ban parents dropping children off by car at the school gates!