Road reallocation: it takes time to win hearts and minds 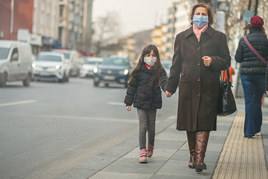 When Hammersmith and Fulham council installed cameras to stop drivers taking a short-cut through a neighbourhood in July 2020, they probably weren’t expecting it to be easy.

The Traffic, Congestion and Pollution Reduction scheme (TCPR) north-east of Wandsworth Bridge issued fines to through travelling drivers registered outside the borough – with exceptions for emergency and council vehicles and taxis.

A local MP called the scheme “disastrous” and initiated a petition demanding its removal. That month, 87% of residents said they opposed such a traffic reduction scheme.