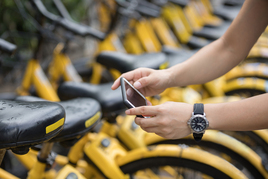 From mass homeworking and plummeting public transport use, to the cycling and walking boom of 2020, the past year-and-a-half has seen the biggest shake up to our lives, and to transport, for a generation.

While Covid-19-induced changes could stick, among the most unwanted side-effects has been the rise in private car use. The challenges governments and transport providers, local and national, now face, is the need to fend off a car-led recovery that risks undoing air pollution and carbon emissions gains and consigning us to gridlock.

The Government’s transport decarbonisation plan set out emissions reduction commitments towards a goal of net zero by 2050, with an ambition for half of all trips in towns and cities to be walked and cycled by 2030, with a ‘world class cycling and walking network in England by 2040’. While ‘almost half’ of the Government’s controversial £27 billon road fund will be for road repair, greening and biodiversity, and walking and cycling improvements, more than half is still for new roads.

There is a long way to go. According to Department for Transport (DfT) figures, car travel is one of the only modes to have recovered from the lockdowns, while public transport is at a half-to-two-thirds of pre-pandemic levels. A recent study from Oxford University warns our focus on electric vehicles (EVs) is slowing down the race to zero emissions, because, even if no more internal combustion vehicles are sold, replacing all vehicles with electric would take 15-20 years. A greater focus on cycling and electric-assist cycles, or e-bikes, is needed, researchers say.

The SMMT report underlines the need to support powertrain research and infrastructure developments to facilitate the transition to zero emission HGVs.

Decarbonisation: Where will councils find the money?