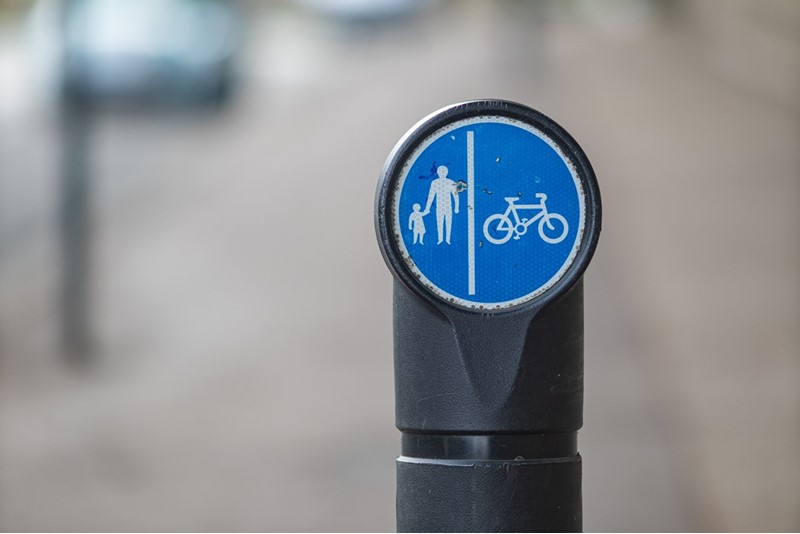 Authorities across the West Midlands have taken measures to improve active travel infrastructure.

These include temporarily reducing the speed limit on the Wolverhampton city ring road to 30mph from late May and pedestrianising some city centre roads, increasing cycle parking in Walsall and increasing the space for pedestrians on high streets across Dudley and Smethwick.

In Birmingham, measures include the creation of pop-up cycle lanes on seven priority cycle routes, a Park and Pedal programme to provide park and cycle options at rail station car parks and the creation of low-traffic neighbourhoods using bollards or planters to close off roads to through traffic.

Some of the measures accelerate plans that were already contemplated.

The City Centre Traffic Cells Initiative, proposed in the draft Birmingham Transport Plan, will be brought forward, with the aim of creating a less traffic-dominated environment.

This will include the introduction of bus gates, banning some turning manoeuvres, and introducing contraflow cycling on one-way streets.

The scheme will be implemented as a trial and will seek feedback – in a reversal of the traditional ‘consult first, implement after’ model.

TfWM already has plans for a car scrappage scheme in Coventry under the Future Transport Zone funding which will be launched later in the year and will exchange vehicles for a package of mobility credits on public transport, bikes and car club membership.

“Some are accelerating long-term plans, and there is ambition for these changes to remain long-term, but it does depend on data and the impact of these schemes,” says  Claire Williams, TfWM cycling and walking manager.