Campaign for Better Transport’s Darren Shirley believes the focus should shift from existing markets to new opportunities in order to move to a ‘smarter’ future.

Reading this left me pondering the smart transport agenda and the focus of the discussions and developments in this space. Are we – the sector as a collective, businesses and policymakers – focusing on all parts of the problem we should be considering for the move to a ‘smart’ transport system in the right manner?

The core premise of the article is that there are two distinct business spaces: red and blue oceans.

The red oceans are the existing market spaces where incumbents compete on broadly similar grounds, products and strategies.

The blue ocean is those industries not in existence today, where the focus is on creating demand and a new market rather than competing within the existing market. Blue oceans could come from changes in the boundaries of existing industries, or the creation of a new industry. 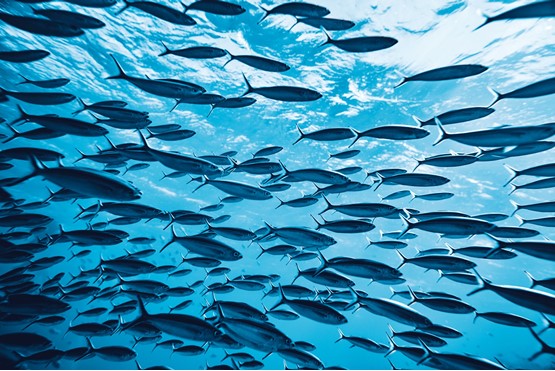 The findings of the research underpinning the article should cause those involved in the industry to pause for thought.

It is not technological innovation that has been the defining feature of creating these blue oceans where consumer choice leads to a switch to the new market space, and away from the traditional providers (and hence growth in use of a new product or service that can be disruptive).

As we all know, but occasionally fail to recall when it comes to policy, the creation of new markets is shown to be driven more by an innovation in how the product or service is made attractive and palatable to consumers, where new demand is created in a new market space rather than contested in the existing one.

Harvard uses many examples to evidence their analysis and points to several companies that have disrupted an existing market:

• Dell’s new strategy in the 1990s to build PCs to order, improving the experience of customers in what was a highly competitive market.

• The opening of multiplex cinemas in the US in the 1960s reduced costs to cinema owners, while giving cinemagoers more choice of films in one place.

Other more recent examples since the article was written 15 years ago come to mind, such as Air BnB and Uber, both of which have disrupted existing markets.

There are parallels to consider with the development of smart transport and the future of mobility as new market spaces could be created that harness technological innovations.

For all the talk of technological innovation behind smart transport being the answer to transport problems, it must be remembered (especially by policymakers) that historically and in many other markets, the technology has not been the driving force for change and consumer take-up of new services. Instead, it’s been the value proposition and creation of a new uncontested market space.

In the examples above, the technology mostly already existed but the primary offer was unattractive to consumers.

Making it work for consumers is what led to the shift. With this in mind, how do we turn attention to what is equally as important for growing smart transport?

If we, as a society, need to move to a transport system that is clean, more integrated and sustainable, how do we ensure that smart transport works for consumers in a way that ensures mass take-up?

How do we grow demand for sustainable, smart transport that allows these options to break away from the competition of private car ownership?

Based on some of the developments we’re witnessing at present, they would fail to make the dent in market that would transform people’s use of the transport system.

On public transport there has been a slow and limited rollout of smart ticketing.

The smart ticketing systems being introduced are merely a straight replacement for a ticket on a single element of the system, for example each rail company offering their own smartcard for their part of the network.

Being able to ‘pay’ for your journey by a smart card instead of queuing at the ticket office is not a particularly transformative proposition.

Meanwhile, in London there has been a single smart ticketing solution, the Oyster Card, for more than 16 years.

This is now being rapidly supplanted by contactless payment launched at the end of 2012 and reaching one billion journeys by mid- 2017.

This has eased use of the public transport system in London in a way that has made it more convenient for passengers.

Contactless payment growth in use has also made smart cards a questionable choice for those looking to implement something now.

It hasn’t, however, been transformative to the system as a whole especially when you compare it with the rise of use of Uber which launched in June 2012 and reached one billion trips by Christmas 2015 and has had a significant disruptive impact on the taxi and PHV market, as well as the wider transport system.

The current moves to smart cards (outside London) will do little to create an innovative, attractive offer that entices consumers to use public transport over the alternatives.

This will do little to beat the ease and simplicity of the competition, and just focuses on exploiting existing demand without necessarily reaching out beyond the current market.

So how do we avoid the mistakes made on smart ticketing where the technological solution has been there for decades, but is going to be implemented after much delay?

How do we ensure innovation is implemented rapidly, is attractive to consumers, and influences their choice to use a more sustainable form of transport?

One hindrance to smart ticketing on the railways has been, in my view, the involvement of the Government through over-specification of the rail franchises, and the desire to hold too close any decisions on how the railways operate.

This has been detrimental to wider public transport, as it has limited integration and left the system complicated and difficult to use for the consumer.

The Government could have let go, and those third party providers outside the rail industry that could have offered a different means to sell tickets shouldn’t have been restricted from accessing or disrupting the market by industry structures that were put in place.

Its focus should be on fostering technological advancements and innovation, but not meddling in how these are brought to market.

Business should be free to create the product or service in a way that will appeal to consumers and define a new market space for themselves.

They should have the freedom to create the blue oceans that will transform our transport system to a more sustainable one.

The Government’s Future of Mobility: Urban Strategy provides a starting point, but it should resist the urge to intervene in how companies create a new offer to consumers.