One might be forgiven for thinking councils have the power to overcome transport problems in a ‘single bound’. But, in many instances, they do not control enough of the component parts to allow a co-ordinated approach, reports Mark Smulian.

There is no lack of potential solutions to reducing road traffic, with smart transport initiatives including everything from on-demand bus services to electric scooters under consideration worldwide.

In Britain, though, there is a relative lack of opportunity for local authorities to implement these solutions because they soon come up against the limits of their powers.

An example of centralised power rare in other advanced countries saw Greater Manchester’s walking and cycling commissioner, Olympic athlete Chris Boardman, run into trouble last summer when he proposed the installation of thousands of zebra crossings across the area only for the Department for Transport (DfT) to block these on the grounds that crossings must have a connected electricity supply, Belisha beacons and zig-zag markings.

Sheffield’s tram system notoriously fell victim to competition from deregulated buses in the early 1990s – which the city council was powerless to prevent – and was later taken over by operator Stagecoach.

British local authorities also lack the financial flexibility required, for example, to impose a tourist tax and use the proceeds for public transport.

And this is despite them having what, on paper, looks like extensive powers. The Localism Act 2011 handed English local authorities the power of general competence, which, essentially, permits them to do anything not specifically barred by law.

Powers are less wide in Scotland and Wales though, in both, moves towards a general competence power are in hand. 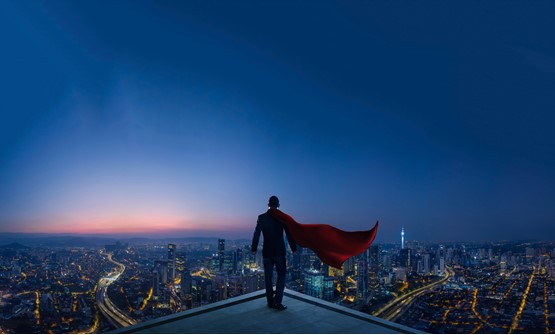 The problem is that building transport infrastructure invariably takes a local authority into the sort of sums only the central government can allocate because they are beyond what a council can raise from its own resources.

With council tax increases effectively capped at 2% a year and business rates income also under constraints, a British council cannot just decide that a project is worthwhile and raise the money itself.

Councils do have ‘prudential borrowing’ powers, but the crucial word is ‘prudential’. They cannot just borrow as they please – even at today’s low interest rates – and must look enviously at counterparts abroad who can, as a matter of course, finance infrastructure through issuing bonds.

Even when a measure might need little funding, a British local authority cannot always make it happen.

For example, allowing the use of electric scooters would not, in itself, cost much. But it would have no power to authorise them since this is a matter for the DfT and its devolved equivalents.

In other countries, things are different and local governments have led the way in transport innovations.

Strasbourg has published a 2030 transport plan that calls for only 32% of journeys to be by car, with 36% on foot and 16% each by tram and on bicycles.

This compares with half of journeys having been by car in 1988, when there were 10% of journeys by bike, 33% on foot and just 7% by public transport.

The city has successfully brought together the development of its transport network and land use planning.

Could such an approach be followed here, at least in places where planning and transport come under the same local authority? To find out, read the full article, A lack of authority (PDF), taken from the Smart Transport Journal.