The road to net zero: how much is carbon worth? 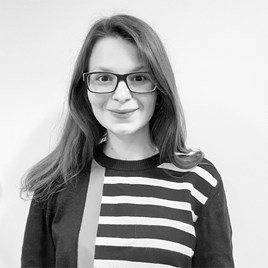 Legally binding targets have been set for harmful emissions yet authorities on a regional and national scale are not devoting enough thought to them, says Kristina Shanidze, graduate transport planning consultant at AECOM.

Climate change impacts, such as weather extremes, continue to challenge communities around the globe, but what can the transportation sector do, in today’s political environment, to develop an innovative response to reach net zero carbon?

The worth of a net zero carbon economy is scientifically established and increasingly acknowledged by governments and businesses, but not enough is being done to drive urgent change.

But, should it be up to people living in major cities to support and work towards a greener future, or can we rely on the Government for new policies to be implemented, and fast, if we want to achieve a net zero future?

What is being done to drive change globally?

Since 2016, a legally binding Paris Agreement for climate change mitigation was signed by 195 countries.

The UK Government pledged to deliver its net zero vision by 2050.

A major challenge of delivering net zero is that the value of carbon has neither been well-defined, nor universal.

Sectors outside of the EU Emission Trading System (EU ETS), surface transport among others, are almost free to emit.

It is being contested on the fair grounds of costs of inaction: how much would it cost to extract a tonne of CO2 released in the atmosphere with the current level of technology?

The progress towards the UK’s 2020 environmental targets serves as a good example of how climate change risks, and the value of carbon reductions, are not being adequately addressed.

Last November, the Financial Times together with Unearthed, the journalism unit of Greenpeace, reported that Britain is set to miss many critical environmental targets, including emission targets which constitute greenhouse gas (GHG) emission levels and compliance with the carbon budget.

The Government projection for carbon emission levels, which is also a legally binding target, remains under budget in 2018-2022. However it exceeds the two upcoming carbon budgets.

This suggests the value of emission reduction policies has not yet been clearly communicated.

The transportation sector, responsible for nearly a quarter of total gas emissions of nitrogen oxides and particulate matter urban emissions, must transform in order to fulfil its sustainability promise.