Is too much emphasis placed on helping car drivers to speed up? Could more attention be devoted to the health benefits of walking and cycling? asks Laura Laker

We are in the middle of an inactivity crisis. Research suggests that in the UK, more than four-in-10 women (42%) and one-in-three men (34%) aren’t getting the recommended levels of physical activity.

We are getting fatter and less healthy as a nation. An estimated one-in-four adults, and one-in-five children aged 10-11, are now obese.

Being overweight increases the risk of type 2 diabetes, heart disease, some cancers and psychological conditions such as depression.

Consequently, it is calculate that physical inactivity costs the UK £7.4 billion a year, including more than £0.9bn to the NHS. 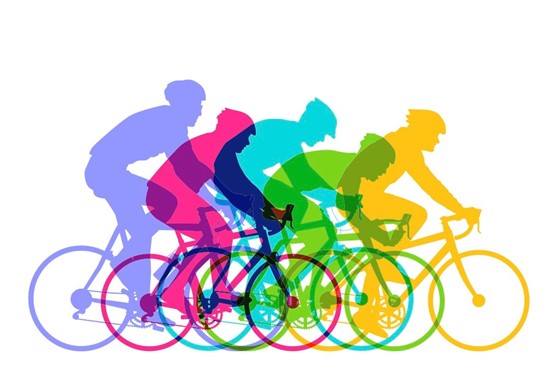 According to the latest advice from the Chief Medical Officer, released in September, active travel, i.e. walking and cycling, is one of the simplest solutions to these problems.

“It is recommended that people are active every day... walking, wheeling or cycling for daily travel is often the easiest way to get physically active,” the report says, adding: “Regular physical activity can deliver cost savings for the health and care system and has wider social benefits for individuals and communities. These include increased productivity in the workplace, and active travel can reduce congestion and air pollution.”

Promoting walking and cycling was also identified as one of the “seven best investments” to increase physical activity at population level by the Toronto Charter for Physical Activity: A Global Call to Action.

Meanwhile, the World Health Organisation has set out its ambition to reduce physical inactivity by 10% by 2025 and by 15% by 2030.

Research shows the greatest benefits of active travel are ones related to health. Arguably, it’s not possible to tackle public health problems related to  inactivity without a policy focusing on active travel.

Active travel can help combat all of these and, as they become more pressing concerns, there is an increasingly compelling case for policymakers to give active travel the attention and funding that it has not historically received.”

The report notes congestion alone cost the UK an estimated £7.9bn last year, or around £1,300 per driver. In congested areas, such as city centres, cycling can be quicker – and more predictable – than driving. In the most heavily congested areas it can even be quicker to walk.

While walking is already one of the main contributors to physical activity in the UK, accounting for 26-42% of all exercise, by contrast, just 5.7% of people cycle three or more times per week, and only 1% of children cycle to school.

Cycling could play a much greater role in health. The Propensity to Cycle Tool, which calculates the potential for everyday trips to be cycled, reveals that, with a comprehensive Dutch-quality cycling network, the UK could have comparative cycling rates. It found 18% of people would cycle to work, even allowing for our hillier landscape.

Experts argue the UK’s poor performance in active travel is due to a combination of factors. The biggest is a lack of safe cycling infrastructure, underpinned by a chronic lack of consistent, long-term funding for active travel.

Is too much emphasis placed on helping car drivers to speed up? Could more attention be devoted to the health benefits of walking and cycling? Read the full article, Driving is not only way to travel – think active! (PDF), taken from the Smart Transport Journal.