Opinion: Having the smarts to overcome our weakest links 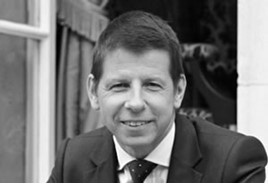 The central problem for any smart technology is how it deals with me, the dumb user, says Philip Gomm, of the RAC Foundation. He examines how smart travel can live up to the expectations

And so it is in the world of travel when people speak gushingly, if still rather optimistically, of things like smart cities, smart ticketing and smart motorways.

I travelled along a stretch of the latter the other day and the five hours that it took me to complete what my journey planner thought should be a 90-minute trip made me wonder just how clever that particular length of road really was.

Highways England is quietly distancing itself from terminology which might, if examined under the Trade Descriptions Act, promise rather more than it can deliver.

The central problem for any ‘smart’ technology is how it deals with me, the dumb user.

However smart a motorway might be, it is going to struggle to cope with the driver who breaks down having decided to ignore the fuel warning indicator flashing red and press on regardless past the service station; or the person who’s preferred method for exiting at a junction is to dart at the last moment across four lanes of traffic long after they have passed the last countdown sign.

On closed transport networks – aviation and railways – planes and trains follow predefined routes and have generous safety margins built in.

They are controlled by professionals and mere mortals are kept far away from the controls.

So, you have a fighting chance of using technology successfully to keep things on the straight and narrow.

But even on these closed networks there are cases where a smart system goes wrong.

Sixteen years on, however, and smart ticketing is still more a talking point than the norm.

Another important aspect of smart travel, advocates are likely to say, is that through the proliferation and dissemination of real-time data, users can make informed choices about their journeys including when and how to get from one place to another.

There is one fundamental flaw in this idealised view of the world and that is the assumption that people actually have a choice: in the times and dates they travel, between different modes of travel, and in whether they actually need to travel at all.

It is not that technology has failed to improve our travelling lives. In many cases, things are plainly much better than in years past.

But, looking ahead, experience suggests there are several trip hazards to be aware of:

If transport thinkers – be they evolutionists or revolutionists – can keep these things in mind, then they’re smart indeed.

Philip Gomm (pictured) is head of external communications for the RAC Foundation, an independent transport research body. Prior to joining the foundation he was a reporter for ITV News.

Most popular articles in Connectivity