Making public transport free or accessible to all

For more than 70 years, the NHS has provided UK residents with free healthcare. Free state education dates back even further, to the late 19th century, and is taken for granted as part of the fabric of society. Why should universal provision be limited to these services?

Should other services – such as transport – be provided as a right? Could universal basic mobility, or free access to a certain level of transport, be a practical, or justifiable, proposition? This question has been addressed in this country and in academic circles more in theory than in practice. On a practical level, the UK has become accustomed to growing levels of concessionary travel – initially for the elderly or disabled, and more recently extended to categories such as young people, job-seekers and so on. About a third of all local bus journeys in England are made by concessionary passengers according to Government figures. 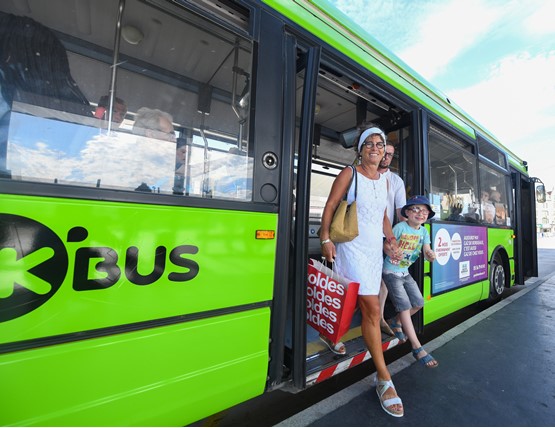 Numerous towns and cities in Europe and the US have made attempts to introduce universal free travel from time to time, with different degrees of success. But free public transport was introduced in the Estonian capital, Tallinn, in 2013 successfully enough for the principle to be extended to other parts of the country. In France, Dunkirk made its buses free last September, and Luxembourg plans to introduce free transport in 2020. In the UK, Wales made weekend travel on its inter-urban TrawsCymru bus network free two years ago. A study by the Institute for Global Prosperity (IGP) at University College London (UCL) in 2017 made the case for extending the universal basic services principle to housing, food, transport and basic phone and internet access, to counter the threat of worsening inequality and job insecurity posed by technology.

On transport, the study proposed extending the Freedom Pass, currently available for citizens over 60, to everyone for bus services. The cost of extending services in this way was estimated at £5 billion annually. Statistics for 2015/16 show that travel concession authorities spent an estimated £1.15bn on statutory and discretionary concessions in 2015/16, equating to £2.25 per person weekly. The authors also looked at the cost of multi-modal travel as provided by the London Freedom Pass, and calculated it to be £5.31 weekly, made up of £3.83 for buses and £1.48 for other transport.

Although the report focused on conventional public transport, the principle could equally be applied to mobility as a service (MaaS). “The fact we are already seeing existing local government concessionary schemes without an overriding paradigm of social change speaks of the fact that it’s perfectly justifiable on a range of criteria,” says Andrew Percy, the co-director of the Social Prosperity Network at the IGP and one of the  report’s  authors.

The criteria include productivity and environmental benefits. In Luxembourg, the impetus came from capacity constraints on roads; in Dunkirk, the justification was primarily social; in Tallinn, it was about connecting people with work and the affordability of public transport fares. Percy believes environmental considerations are becoming increasingly important as a justification for free fares: “I think the justification should be environmental, social and economic in order of importance. In making the case politically, quite often politicians end up making the arguments in the reverse order.” He argues that the predicted cost in the UK is relatively modest – “for the cost of HS2, you could run free bus services for the country for 10 years”.

It's a simple principle: trasnport should be available to everyone, but just how can this work in reality? To find out read the full article, Making public transport free or accessible to all (PDF), taken from the Smart Transport Journal.