How the UK can learn transport law-making from Strasbourg 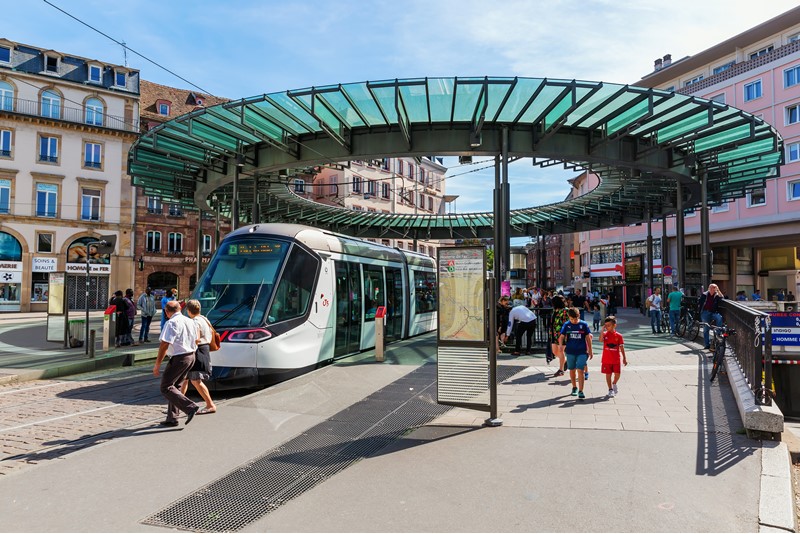 Andy McDonald, shadow Secretary of State for Transport, reflects on a city that has used development of a modern tram network to replace car dominance and create a highly liveable, vibrant environment

A recent visit to Strasbourg gave me an opportunity to see what the city has achieved through public ownership of its transport network, fully coordinated with a highly strategic approach to land-use planning.

Local government has brought together development of the city’s transport network and urban land-use planning with great success – things that are too often disconnected in UK cities.

Strasbourg has invested in a fantastic public transport system based on trams and buses, while, crucially, at the same time deliberately and progressively excluding vehicles from the city centre and enhancing safe segregated cycle access.

These successes have only been made possible thanks to the vision and determination of local politicians.

Catherine Trautmann was elected mayor of Strasbourg in 1989 on a promise to transform the city around an entirely new tram system.

She chose to lead public opinion, not just to follow it, even when that carried political risk by challenging the idea that everyone could drive their cars wherever and whenever they wanted.

Her successor, Roland Ries, who is serving his second period as mayor, is continuing that vision.

The vision is not of trams as smart bits of transport technology, but as the drivers of urban rejuvenation and redevelopment.

Strasbourg has a municipally-owned company that runs all public transport (trams and buses), and, moreover, the city authority owns the key development sites.

This has allowed the creation of an extensive tram network to support the construction of new housing, including social housing, meaning the city is expanding in a sustainable way, prioritising its citizens, not the profits of housing developers or private transport operators.

The introduction of the tram system and the creation of a park-and-rides on the outside of the central zone, means it is now a city where residents and visitors can get everywhere just by walking and taking public transport.

The mayor used a payroll tax levied only on firms with 11 or more employees. This revenue, ‘Versement Transport’, is dedicated solely to transport investment.

A maximum levy has been set nationally at 2%, and Strasbourg is allowed to utilise this maximum because it is developing a tram network, its population is in the top band, and because it is classified as a tourist city.

The tax is paid by the companies, but is collected with income tax.

Crucial to the mobility plan is the city authority’s ownership of both the public transport network and the major development sites which has allowed for strategic integration of land use planning and transport.

Public transport facilities have been established in advance of property development so new residents can rely on sustainable transport from the moment they move in, and never get into the habit of using a car to get around.

Furthermore, and vital to the sustainability of the expansion of Strasbourg, there is a ratio of 1:1 for the number of new homes built and jobs expected to be created, with 10,000 of both expected to be provided by the current projects.

Read Mark Smulian's article on Transport law-making: A lack of authority from the Smart Transport Journal