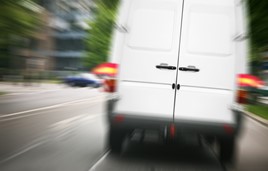 Smart data could help city authorities get onto the front foot in terms of reducing the numbers of people killed or seriously injured on the road.

A project by Ford in 2018 tracked the driving records of 160 Transit vans in London, and cross-referenced them with historic accident data.

Analysis of the data provided insights into five principal categories: road safety hotspots; car journeys that would be quicker by alternative modes of transport; the potential benefits of traffic retiming; the location of electric vehicle charge points; and traffic performance (assessed by comparing speed limits with actual speeds).

By comparing crash hotspots with evidence of ‘near misses’ (incidents of harsh braking), Ford was able to identify roads and junctions more likely to witness future crashes.

The same programme also tracked the journeys of 43 Ford Fiesta cars and, by comparing their trip data with public transport timetables, enabled Ford to calculate how many of the car rides would have been quicker by public transport.

“We found that 22% of those journeys could have been quicker by public transport,” said Scott. “We built up a heat map of the city to show which areas are generally faster or slower by car and the authorities can focus on areas where it’s still faster to go by car and start to figure out what they can do with public transport and future investment to get people to get off the roads and into public transport.”

“Rather than try to dive into data to find value, we learnt you need to have an idea of what you are trying to solve through data,” says Scott.

So, in trying to help van fleets avoid the lost productivity of rush-hour traffic, Ford used available data to calculate the potential time savings achievable by setting off two hours earlier. Its results revealed that one of its test vans could save up to 30 hours of driving time a week by starting the working day two hours earlier, and that the time saving potentially doubles by leaving a further half-hour earlier.

“If we could demonstrate a time saving, then for a business that probably saves money, too, so a fleet could assess the amount of money to be saved versus the logistic challenges of making that time shift,” says Scott. “It would, hopefully, drive the conversation a bit further on rather than just saying please re-time.”

He was also surprised at the granular level of detail available. “We could work it down to one particular depot that would benefit from a time shifting action, or even one particular route,” he says.

Similar granularity could also help energy firms and city authorities to install electric vehicle charge points in optimum locations. By tracking the test fleet of vans, Ford could identify where they stopped for any meaningful length of time (ie long enough to recharge EV batteries).

By cross-referencing this with the actual location of current charge points, a readily available data set, the manufacturer found that only 1% of longer stops by the LCVs were within 100 metres of an existing charge point, and only 19 of 9,495 stops lasted longer than 30 minutes, the minimum time for a useful charge.

The fifth element, traffic performance, aimed to create a new baseline measure for traffic flow by comparing the actual speeds achieved by the vehicles that Ford was tracking against the respective speed limits on the roads where they were driving.

The granular nature of this vehicle data allowed the project to identify hold-ups on far shorter stretches of road than are typically measured. Armed with this information, city authorities could target any network or infrastructure improvements with much great precision, focusing on the junctions or bottlenecks that cause the greatest disruption.

Ford analysed the traffic flow data by both type of road and time of day, and sense checked its results against traffic speeds during school summer holidays to see if roads are quieter during the peak summer season.

In reality, it found that the impact of the ‘summer holiday effect’ was inconclusive, with some roads being quieter but others suffering a marked slowdown – the M25 near Heathrow, for example, slowed down substantially, perhaps due to holidaymakers driving to the airport.

Reflecting on the project as a whole, Scott says: “This data has really opened our eyes to the potential of what we could do with other cities beyond London in the UK and globally. There is something powerful here. As we expand this analysis across more and more cities, more and more fleets and more and more vehicles we really think that we can start to address some of those bigger challenges in a city – air quality, congestion and road safety.”