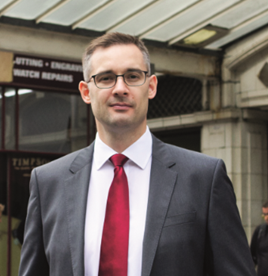 Funding reforms and better integration with other forms of transport will help to re-establish the importance of the Great British bus, says Darren Shirley, chief executive of Campaign for Better Transport.

The need for action to connect communities, reduce air pollution and meet net zero emissions targets has never been greater, and, while large infrastructure projects will play an important role, arguably more pressing is the need to improve everyday transport.

Central to this will be the humble bus. The historic lack of strategic steer for our most-used form of public transport has contributed to dwindling services and rising fares, leaving non-drivers in many communities isolated and excluded.

But this could soon change: with £5 billion of new funding for buses and cycling announced by the Government and a long-awaited National Bus Strategy in the offing, there’s a chance to set buses on the road to a brighter future.

Our 2019 research showed that funding for buses is almost £400 million a year lower than it was a decade ago.

The result has been that well over 3,000 local authority supported bus services have been lost or reduced in a decade; 243 in the past year alone.

Clearly the National Bus Strategy and long-term funding can’t come a moment too soon for cut-off communities, or for passengers struggling with the 60% rise in the average bus fare over a decade.

But what should the strategy include? The Campaign for Better Transport report, The Future of the Bus, future funding arrangements calls for the focus to be on:

There is plenty the Government can do to achieve these aims. Funding for buses, which is currently fragmented, short-term and sorely ineffective, must be reformed.

Nationally, buses are funded via the Bus Service Operators Grant (a fuel duty rebate) and the English National Concessionary Travel Scheme (which sees government funding for journeys made by older and disabled bus pass holders).

Both are flawed and have proven insufficient to ensure communities have the bus services they need.

The current funding regime should be replaced with a single, ring-fenced, long-term framework aimed at growing bus networks and delivering social, economic and environmental benefits.

The billions for buses and cycling over the next five years announced by the Prime Minister recently is a significant step in the right direction, but, as yet, there are no details of how this fund will be allocated.

Of course, cuts to funding are one side of a vicious cycle: buses that are poorly funded and infrequent struggle to attract passengers, and dwindling passenger numbers make services harder to fund.

That’s why the National Bus Strategy must focus squarely on increasing the use of bus services across the country, and for this to happen buses need to be a ‘no-brainer’ for more journeys.