Borders Railway – build it and they will ride 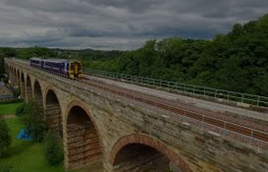 The UK’s longest new domestic railway for 100 years was opened on September 6, 2015. The Borders Railway runs over a 30.3 mile route between Newcraighall (in south-east Edinburgh) and Tweedbank (between Galashiels and Melrose).

The journey times reduced from a minimum of 83 minutes on the bus from Galashiels to central Edinburgh to 55 minutes or less.

The reopening was the result of 15 years of campaigning. Initially, the business case was downbeat – an early assessment was based on 23,500 return trips per year, later revised to 650,000. However, from the moment it opened, the Borders Railway exceeded expectations.

The eventual first year patronage was more than a million trips and it has since exceeded 1.5 million.

Initial evaluation found that the re-opening of the railway resulted in significant modal shift from the car to public transport – 57% of users who previously made their trip by another mode stating that they used to drive all the way to their destination.

The Borders Railway has also affected residential and workplace choices. More than half of users who moved house and over 80% of those who moved employment since the line re-opened said the railway was a factor in their decision.

Consequently, it has resulted in a significant economic uplift in the area. It has also opened up smaller towns for investment and boosted the number of tourist trips.