The development of driverless/autonomous vehicles is a veritable rocky road. Christian Wolmar dissects hype from reality by assessing the claimed benefits

The driverless car revolution is upon us. That has been the opening of almost every article in the mainstream press about autonomous vehicles (AVs) for several years.

Yet there is no sign of driverless cars being widely available any time soon.

Indeed, even Google, whose company Waymo is the most advanced technically, has been guilty of overconfidence.

In 2012, one of its founders, Sergey Brin, said driverless cars “would be available for Google employees within a year and they will be on the market commercially by 2018”.

Similarly, in 2006, the Royal Academy of Engineering suggested there could be driverless trucks on Britain’s roads by 2019.

Neither of these things has happened. But still, the predictions continue to come thick and fast. 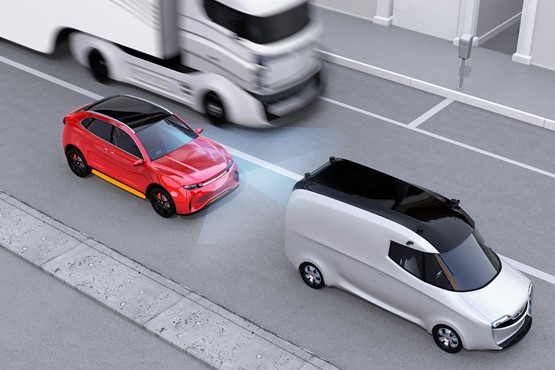 Recently, there have been even more confident claims.

In 2018, Rethinkx, ‘a team of technology, finance and market sector experts’, made this jaw-dropping claim: “95% of US passenger miles travelled will be served by on-demand autonomous electric vehicles owned by companies providing Transport as a Service. As fewer cars travel more miles, the number of passenger vehicles on American roads will drop from 247 million in 2020 to 44 million in 2030.”

Tesla boss Elon Musk has suggested that the ability to develop full driverless capabilities is imminent. In April, at a press conference, he said his Tesla cars would, next year, effectively be available as driverless taxis.

Owners would be able to park outside their homes and the cars would then go into autonomous mode to be used as taxis in nearby cities.

He also claimed: “A year from now we’ll have more than a million cars with full self-driving, software, everything” and that“ probably two years from now we’ll make a car with no steering wheels or pedals”.

The predictions by Rethinkx and Musk are not borne out by any evidence that they can be realised in the timescales they are predicting.

Waymo, for example, is now far less confident than Brin was seven years ago.

Waymo boss John Krafcik said at a conference last year: “It’ll be decades before autonomous cars are widespread on the roads – and, even then, they won’t be able to drive themselves in certain conditions.”

This new realism has already had an impact on the financial markets.

In late September, Morgan Stanley valued Waymoat $105 billion (£82bn), down from last year’s valuation of $175bn (£136bn) because self-driving cars are developing slower than expected and because the bank had previously underestimated how long safety drivers would be needed to ride along in self-driving cars.

Unsurprisingly, the public is confused by the various predictions being made with the result that many think driverless vehicles are already available. According to Thatcham Research, a body funded by UK insurers, “71% of drivers around the world and 53% in the UK believe they can buy a self-driving car right now”.

Thatcham director of research MatthewAvery is concerned this confusion is caused by carmakers who are “designing and marketing vehicles in such a way that drivers believe they can relinquish control”.

Carmakers want to gain a competitive edge by referring to “self-driving” or “semiautonomous” capability in their marketing ,but it is fuelling consumer confusion, he says.

The concern for the insurers is that overconfidence in the ability of vehicles to control themselves will lead to an increase in accidents.

Late last year, I was on the test track at the old Upper Heyford airfield when Thatcham was assessing the ability of various vehicles to avoid a collision with a broken-down car on a motorway when using driver-assist functions.

One car saw it well in advance, another swerved at the last minute and the third drove straight through what was, fortunately, a dummy vehicle made of foam, highlighting the danger of drivers making over-optimistic assumptions about the technology.

The gulf between the hype and the reality is, therefore, quite possibly widening. That is important not just because of the amounts of money being spent on the development of this technology, but also because of the risks it poses to sensible policymaking.

This is hardly surprising given the size of the claimed benefits for AVs.

What are the claimed benefits of driverless cars and are they realistic? Read the full article, Do AVs really hold the key to future travel? (PDF), taken from the Smart Transport Journal.