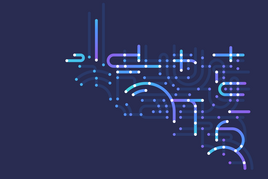 The story of British infrastructure is littered with grand visions which crumble upon sustained contact with financial and political reality. In some ways, since the National Infrastructure Commission (NIC) last reported in 2018, little has changed and, yet, everything has changed.

Little has changed in the sense that the UK has made minimal headway in addressing the structural challenges to developing infrastructure for the 21st century: What to prioritise? Where to invest? How to pay for it?

HS2 and Northern Powerhouse Rail projects have both been scaled back. The National Infrastructure Bank looks underfunded and unsure of its remit; connecting capital with large projects remains haphazard; and regions and local authorities are still required to compete with one another to win unevenly distributed pots of Government funding for ‘levelling up’ investment awarded by people sitting behind desks in Whitehall.

And yet, post-pandemic, everything has changed – particularly in the sphere of transport. Travel patterns have shifted beyond recognition as working practices have been turned upside down; electric vehicle (EV) sales are soaring; public transport passenger numbers have collapsed and only partially recovered; train operators have been quietly renationalised; and free market economic orthodoxy was put on pause as the Government funnelled some £7 billion of taxpayer’s money to keep essential transport services running.

Rail freight: how to get it back on track

After years of paying lip service to the concept that freight carried by rail will result in fewer lorries on the road, the Government seems ready to act