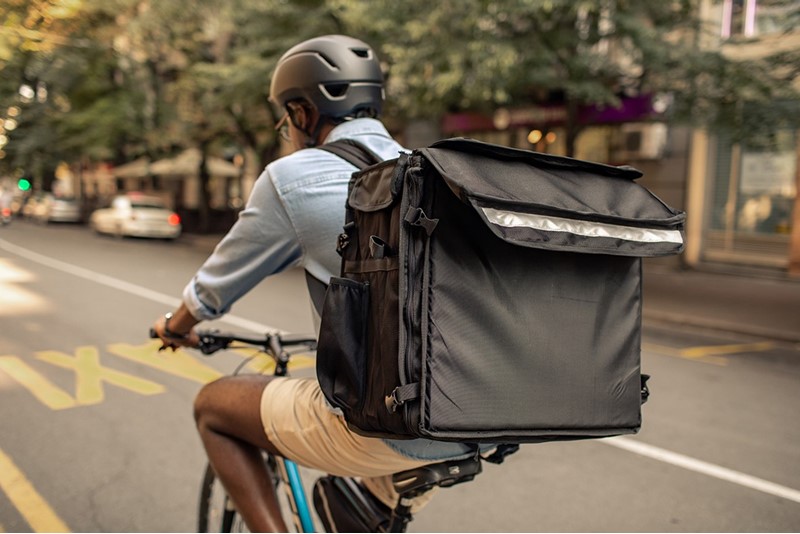 Van use has grown with lockdown, as people order goods online for home delivery, adding to increasingly congested roads.

Cargo bikes are claimed to be faster, more efficient (using 94% less energy than an electric van, according to one study) and cheaper to run, with none of the environmental disbenefits – and larger companies like DPD, Fedex, DHL and the Post Office are rediscovering them.

Pedal Me runs electric cargo bikes to both deliver goods and carry people as a taxi service in London.

Founded in 2017 with just two people working part-time, by 2020 they were 55 people, mostly full-time, their growth only hampered briefly by Covid-19.

Ben Knowles, one of the company’s founders, estimates, based on publicly available data, that in London alone they could see revenues of £1bn a year by shifting work done by van and taxi to pedal power – including replacing the two-thirds of vans estimated to be less than 25% full, along with 10% of taxi and private hire trips.

The company is looking to expand into large warehouse spaces in Central London and Hackney, to offer storage, distribution and deliveries on demand.

Ultimately, Knowles says in central London cycle deliveries are faster than vans because of congestion, while cycle-friendly infrastructures in boroughs like Waltham Forest and Hackney, such as low traffic neighbourhoods and bike lanes, help prioritise cycle transport over motor vehicles.

“Cycle lanes,' he says, “help pull us out of the line of traffic, which is the main cause of delay for us.”

The main thing holding the industry back, says Knowles, is lack of understanding of what a cargo bike can carry.

On a combination of bikes and trailers, Pedal Me can shift anything from sofas to a cement mixer, to crates of food for shielding residents in one London borough.