Do we need side road zebra crossings? 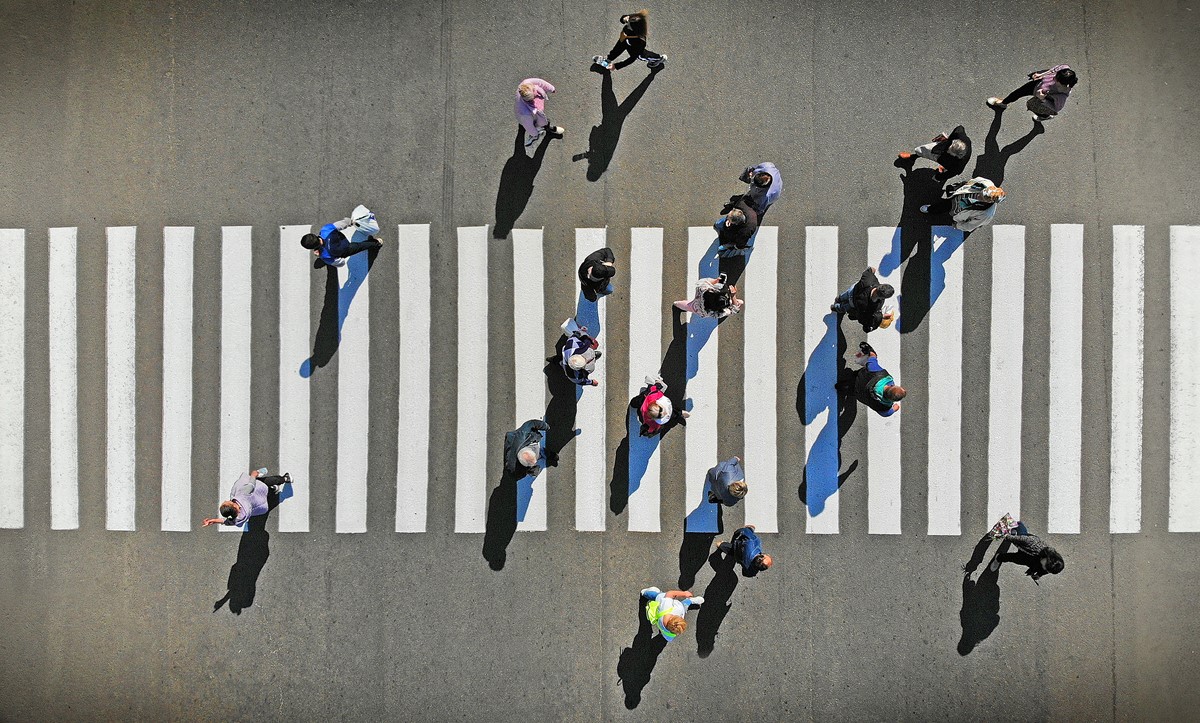 Manchester Mayor Andy Burnham spoke on the issue of planning around cars at a summit in March.

“In most of the north west and most of the country we have been thinking, organising and building for the car for pretty much all of our lives,” he told the Living Walking Summit. “There comes a point when that has to end and I think we are reaching that point now.”

But perhaps most revolutionary of all – not just for Manchester but for rest of the country – are its proposals to install zebras at side road junctions.

The Highway Code asks drivers to give way to pedestrians that have stepped into a road into which they turning.

Few drivers know about this requirement and few pedestrians risk testing it.

Some councils, for example in London’s Waltham Forest, have installed continuous crossings (also known as Copenhagen crossings) to ensure priority for people walking across the mouths of side roads.

But these are expensive and have caused some concern for people with visual impairments.

Zebras aren’t often used currently at side roads because current law requires them to be installed with Belisha beacons (wired to the mains) and zigzag markings.

Manchester has commissioned the Transport Research Laboratory to investigate the use of a stripped-down version of the zebra, currently used across the world at side roads and in most UK supermarket carparks.

Interim results have shown that zebras are recognisable to walkers and drivers even without zig-zag markings and Belisha beacons.

The simple zebra would cost approximately £300 to install, compared with £30,000 for a zebra with Belisha beacons, saving Greater Manchester an estimated £400million if installed on all the Bee Network’s 20,000 side roads.

If the findings are supportive of the side road zebras, they will be presented to the DfT as a case for legislative change and on-road trials.